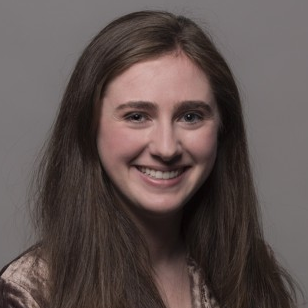 WASHINGTON - The U.S. unemployment rate is expected to stay above its pre-pandemic levels through the end of 2030, according to a 10-year economic report released Thursday by the Congressional Budget Office.

The agency is predicting that the unemployment rate in the fourth quarter of 2030 will be 4.4%. The current level, according to data published Thursday by the Labor Department, is 11.1%. Before the spread of the coronavirus pandemic shut down vast swaths of the American economy, unemployment had reached 50-year lows, coming in at 3.5% in February.

The new projection shows the long-term tail impact that economists believe the coronavirus pandemic will have on the U.S. economy, which is the largest economy in the world. A severe disruption to production and hiring in March and April has had a jarring impact on the United States.

The country's economic outlook over the coming decade has "deteriorated significantly" since the CBO published its full baseline economic projections in January, the agency said. The agency on Thursday also said that economic growth for the second half of 2020 is now expected to be slower than projections published in May, which focused on the U.S. economy this year and next.

The latest projections showed that real GDP is expected to grow at a 12.4% annual rate in the second half of 2020 and recover to pre-pandemic levels by mid-2022. The unemployment rate is expected to peak at over 14% in the third quarter of this year, the report said.

But many economists and lawmakers caution that the jobs data reflects a survey taken in the middle of June - before a surge in cases pushed multiple states to reimposed restrictions and scale back reopening plans. That means scores of Americans have now been kicked out of the workforce for a second time. This week also marked the 15th straight week of unemployment claims that topped 1 million.

On Wednesday, the country reported 52,789 new coronavirus cases, marking the largest single-day total since the start of the pandemic. A growing number of health officials, lawmakers and economists say controlling the virus is crucial for the economic recovery. Minutes released Thursday from the Federal Reserve's June meeting showed that officials at the central bank are concerned that the United States could enter a much worse recession later this year if infections continue to mount.