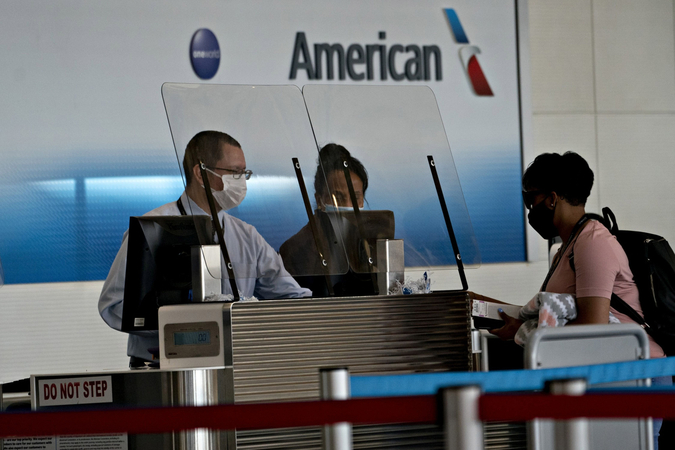 American Airlines will have over 20,000 more employees than it needs to operate a deeply reduced flying schedule as travel demand slowly rebuilds amid the coronavirus pandemic.

The estimate represents about 20% to 30% of American's expected workforce later this year. Not all would necessarily be furloughed after Sept. 30, however, because the carrier is continuing efforts to trim jobs through leave, early retirement and voluntary separation programs, the airline's top executives said.

"We still have work to do to right-size our team for the airline we will operate," Chief Executive Officer Doug Parker and President Robert Isom said in a memo to employees Thursday. "We are committed to resetting the airline using a different playbook than the one of past crises where last-in, first-out furloughs were the expected result."

American's sobering outlook illustrates the depth of the airline industry's challenge to recover from the biggest collapse in travel demand. Carriers worldwide have parked jets, slashed flying, boosted borrowing, trimmed workforces and in many cases received billions of dollars in government aid. While leisure travel is slowly returning, passenger numbers are about a quarter of last year's levels. A full rebound isn't expected until at least 2023.

American has reduced its summer 2021 international schedule by 25% from pre-pandemic levels, signaling a limited recovery. The company has also notified flight attendants that it has as many as 8,000 more of them than it needs. American said it would cut staffing on some flights, close two bases for flight attendants and reduce the size of others.

In addition, American last month said its officer ranks would shrink by 30%. It was the first phase of changes under which almost a third of management and support staff will be cut.

U.S. carriers are prohibited from implementing mass involuntary layoffs through September under the terms of the government's aid for payrolls, airlines' largest expense.

American said Thursday that it signed a term sheet with the U.S. Treasury for an additional $4.75 billion loan, and expects to finalize the deal this quarter. The financing, in addition to the $5.8 billion in payroll support received earlier, brings liquidity to $15 billion, the Fort Worth, Texas-based carrier said. American has reduced its daily cash burn to less than $35 million at the end of June from $100 million in April.

The airline took in more than $1 billion in cash receipts in June, up from $11 million in April but far below the average of $4.2 billion monthly during the same periods of 2019, Parker and Isom said. American's average number of filled seats has climbed to 63% last month from 15% in April.

The company flew 4.2 million customers in June, compared with between 17 million and 19 million a year earlier.