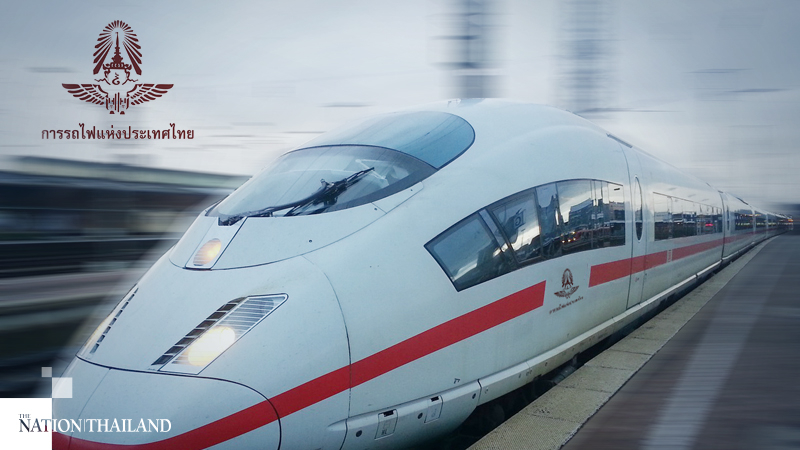 The State Railway of Thailand (SRT) has ambitious plans to expand its network as well as boost income from its non-core businesses.

Bids will be invited by the end of the year for two new dual-track train lines and land lease agreements will be revised to open the transit-oriented development Hua Hin railway station.

The plan to increase revenue will look at increasing investment in railway infrastructure development, such as the push for dual-track railway project, high-speed train, red line suburban train system, and an extension of the railways.

SRT is in the process of inviting tenders for two new dual-track rail routes -- Den Chai-Chiang Rai-Chiang Khong and Ban Phai-Nakhon Phanom -- by the end of this year.

The Den Chai-Chiang Rai-Chiang Khong route is in the process of being proposed to the Cabinet before inviting bids, which will be divided into three contracts. After a review, SRT has found that three contracts are appropriate.

SRT has presented the study to the Ministry of Transport for consideration. Tender documents are being prepared for the Ban Phai-Nakhon Phanom line.

The SRT still plans to push for development of the dual-track railway in Phase 2, which is currently under consideration by the Office of the National Economic and Social Development Board, with seven routes.

"The SRT recognises that the opportunity for development in Phase 2. Some parts are still single track. If developed, they will all become dual-track routes, such as Pak Nam Pho-Den Chai, Khon Kaen-Nong Khai etc," he said.

The second plan covers improvement in land management. SRT has set guidelines for tenants to be of the same standards, and also fix the problem of land encroachment. The SRT found that it had approximately 20,000 rai of land but they earned only Bt2 billion in revenue on average per year, which is very low, he said.

Regarding the development plan for the areas around the train stations in provinces such as Khon Kaen and Nakhon Ratchasima railway stations, he said they have the potential for development to generate more revenue from non-core businesses for the organisation, besides making the train stations the centre of the city.

Meanwhile, the Administrative Court has received a request filed by the SRT asking the court to investigate issues about the incorrect registration of Hopewell (Thailand) Co Ltd. The Red Line suburban railway project is expected to be open by May 2021 while the bus management model under study is expected to finish within two months.