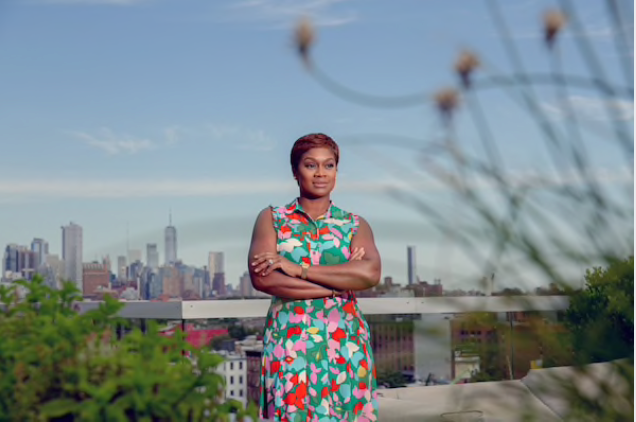 If you keep your eyes open, you quickly pick up on those unwritten rules, says Janessa Cox-Irvin, global head of diversity and inclusion at AllianceBernstein. MUST CREDIT: Bloomberg photo by Amir Hamja

Here are 13 unwritten rules about being Black on Wall Street, according to people who've lived it:

1. Never forget: Despite all those promises about diversity, only about 1% of senior management is Black.

2. Be careful about pointing that out to the mostly White, mostly male trading desks.

3. Get used to hearing about the supposed lack of "qualified" Black applicants.

7. Put in long hours to combat stereotypes about "work ethic."

Not everyone on Wall Street, Black or White, will agree with all those statements. These unwritten rules, and others like them, were gleaned from dozens of conversations with Black bankers and traders during the past month, as racism exploded into the national conversation. 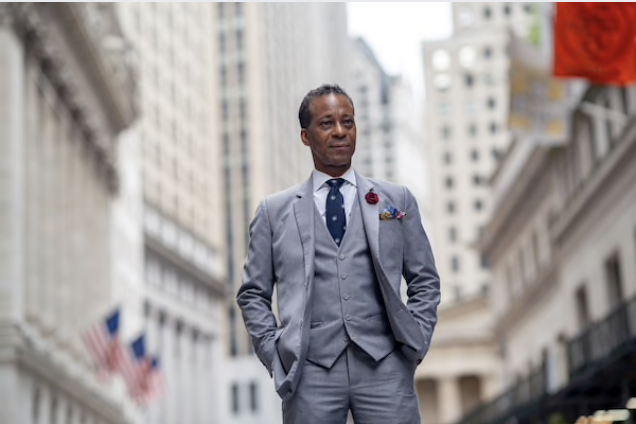 The interviews cut across ages, titles and experience, but all reflect the same sobering reality: Despite the years of talk and now town halls, Wall Street has mostly failed its people of color.

Few rank-and-file Black workers will say this on the record. Fewer still foresee wholesale change anytime soon in the financial industry, even as Black Lives Matter reaches into every corner of America.

Yet the privileged realms of American finance still look much the way they did a decade ago, or even two or three decades ago.

The numbers tell one story: Today not a single chief executive officer of a major U.S. bank is Black, and only one of the more than 80 people included among the elite executive teams atop the six largest U.S. banks is Black. By some estimates, Black professionals account for 8% of the finance industry's total - the same as 15 years ago. But their representation within trading and investment-banking divisions is much smaller.

At JPMorgan, Bank of America and Citigroup, the percentage of Black workers overall has been falling, not rising, in recent years. At JPMorgan, the nation's largest bank, that number has dropped to 13% from 19% in a little over a decade.

But the figures are only part of the story.

In this moment of reckoning about race in America, firms have urged Black employees to talk openly about their experiences. Some are. But many worry this will only make their jobs and lives harder.

"There are certain things you might want to do, but you can't," says Dennis Creary, who runs a nonprofit called Blacks on Wall Street and sells software to big banks for Oracle. "The anger is there, but the fear of losing that job that you have worked for is also there.''

Creary adds, "We are expendable."

As if to place an exclamation point on the moment, a Black executive who spent 16 years as the global head of diversity at Morgan Stanley is now suing the bank for racial discrimination. Marilyn Booker says she was fired for pushing for more and better training for Black financial advisers.

Just about every Black person you talk to in finance can tell you stories about subtle and not-so-subtle racism in the industry. Some have been complimented for being "articulate." Others have been paid less than non-Black co-workers. Still others have been told they lack "technical" skills for a job, only to see it offered to a White colleague with similar credentials. Not long ago, in the Manhattan lobby of a major firm, a group of White bankers mistook a Black colleague for a security guard.

One Black banker recalled spending hours courting a White CEO, only to be excluded from the final pitch meeting. His boss told him a White banker would have a better chance of closing the deal.

Others say some managers are particularly reluctant to shake up lucrative sales and trading divisions. They say some people of color get passed over for internships or key trading roles out of concern they won't fit in with the "culture" of White traders.

Janessa Cox-Irvin, global head of diversity and inclusion at AllianceBernstein, says she learned early on to measure her words and actions to fit in.

"If you keep your eyes open, you quickly pick up on those unwritten rules,'' says Cox-Irvin, who has worked in the financial industry for 16 years.

Cox-Irvin says she's careful not to play into White stereotypes of the "angry Black woman.'' That means dialing back even seemingly small things, like showing excitement or gesturing with her hands.

Privately, some Black traders and bankers worry that the Black colleagues who speak out could end up hurting the entire Black community on Wall Street. They've expressed anxiety over the new focus on race.

"It's Black people like ourselves that are saying, 'We appreciate what you're doing, but if there's blowback, it's going to affect the whole community, even those that didn't speak up,'" says Lekan Lawal, a leveraged-finance banker at Goldman Sachs.

Others are quick to note that on Wall Street, as in the rest of America, the rage and grief that's fueled Black Lives Matter isn't universal.

As the fury over police brutality spilled into the streets, one Black trader's White colleague told him he'd never felt safer around law enforcement.

Many Black employees practice the work-life equivalent of code-switching, tailoring their language and behavior to White surroundings.

Some have looked to connect by taking up skiing or golf. One trader at a major firm bought an album by Mumford & Sons, the English folk-rock band known for its twangy banjo picking, to have something to talk about with a White manager.

Black workers describe being bound by Wall Street's unwritten rules even when they're not on the official clock.

Creary, whose clients are banks, sees himself as an activist on race. But he goes incognito to Black Lives Matter protests to avoid offending his clients or his employer. "That fear of being filmed is still with me," he says.

Many Black employees say White colleagues often question their qualifications, regardless of their credentials or performance, or view them as diversity hires.

"I've been in environments where I'm questioned," says Roxann Cooke, who is in charge of JPMorgan's bank-branch expansion efforts in New England and greater Pennsylvania. "When you're the only one, it's hard to be vulnerable because you're trying to justify your position."

Cooke is more optimistic than many that now is the time for change.

"I look at people speaking out and look at my organization coming together and saying we're in this together - I feel hopeful that we're going to continue to make progress," Cooke says.

Others acknowledge that, even now, speaking openly about on race carries risks on Wall Street.

Lawal, the Goldman vice president, has been warned he's too outspoken. "I've been told, 'Lekan, it feels like you're on a kamikaze mission, that you're willing to sacrifice yourself.'"

He says he doesn't care.

"There are people who have come before me,'' Lawal says. "Colin Kaepernick was blackballed because he dared to complain that Black people were being killed. We won't have a solution if the affected people continue to remain silent."