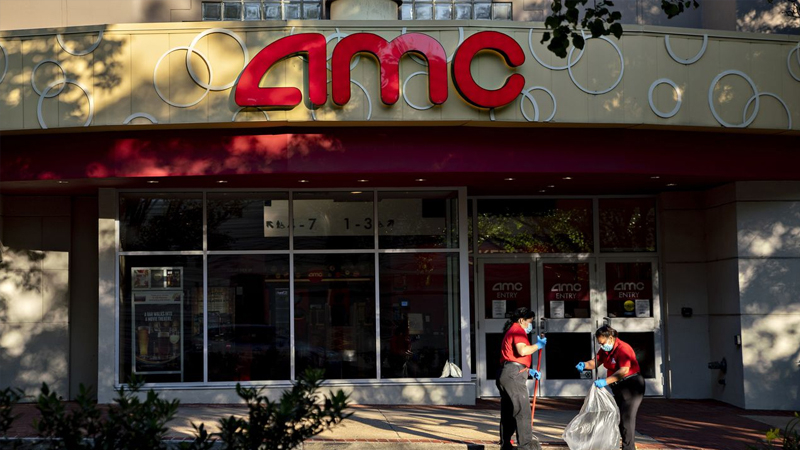 Grubhub wasn't sure how to safely deliver meals during a pandemic. The familiar food safety rules of temperature and sanitation were not enough. Did drivers need masks? Hand sanitizer? What could be done better? Skin care company Dermalogica also had questions, including whether its worldwide staff of skin therapists could gently poke and prod customers.

So both companies hired an epidemiologist trained in infection prevention to provide answers. Kavita Trivedi, who works at the San Francisco Veterans' Administration Medical Center, finds herself continually consulting for a variety of companies desperate to know how to navigate a world saddled with the novel coronavirus.

In a sign of just how complicated it has become to navigate the pandemic, companies are rushing to hire disease detectives such as Trivedi to help guide their efforts to reopen and stay open - especially when state and federal safety guidelines are sometimes short on specific advice and are viewed by some as watered-down by political influence.

Some companies have taken the unusual step of promoting the hiring of independent epidemiologists to reassure a nervous public. Dermalogica shared on its website a safety presentation by Trivedi, who helped the company draw up safety rules for its skin therapists. Six Flags noted in a news release that its "epidemiologist consultants" helped craft its reopening plans for theme parks.

Epidemiologists - who study how disease spreads and is controlled - appear perfectly suited for the moment.

The Society of Healthcare Epidemiology of America has seen such a surge in requests for help that it recently published tips for members launching new consulting practices. And the clients are no longer just health care companies: Hotel and restaurant chains, city utilities, food processors, film studios and universities have all hired epidemiologists since the pandemic began in earnest in March. So have professional sports leagues and teams.

"We've been truly inundated with requests," said Leslie Kretzu, executive director of the consulting subsidiary for the Association for Professionals in Infection Control and Epidemiology. "Companies often don't know exactly what they need help with. But they know they need us."

But hiring an outside expert is no guarantee everything will go smoothly.

AMC Theatres, the nation's largest movie theater chain, faced intense public backlash last monthwhen it announced it would make face masks optional for moviegoers. The outcry was so intense that AMC quickly reversed course and made them mandatory.

What made AMC's original plan unusual is that it appeared to have the support of Harvard School of Public Health professor James Allen, who has previously stressed the importance of face masks, including in an opinion piece he wrote in early April for The Washington Post, headlined: "You need to wear a mask. Here's how."

AMC even trumpeted in a news release that its original reopening plan - tagged "AMC Safe and Clean" - was developed with advice from Allen, "a noted expert and faculty member at Harvard School of Public Health." The company said it planned to reduce auditorium seating, increase cleaning, require social distancing and offer a shorter menu to avoid long concession lines. Masks would be required in common areas, but moviegoers could remove them inside the theater, according to the original plan.

It's unclear why masks were initially optional. AMC did not respond to repeated requests for comment. Neither did Allen, who is an assistant professor in the environmental health department at Harvard. A university spokeswoman, Nicole Rura, said in a statement that Allen was busy with other projects.

But shortly after AMC changed its policy, Allen offered an explanation on Twitter: "I have been strongly recommending universal mask wearing since I first spoke w AMC," he wrote. "After their release yesterday, I continued to engage w them into the night and today, to help them course correct."

Consultants of all stripes have jumped in to help businesses maneuver the pandemic. Booz Allen Hamilton and Boston Consulting Group offer services. McKinsey has, too, with consulting contracts worth more than $27 million with federal agencies responding to the pandemic, according to federal contracting records.

But the expertise offered by epidemiologists is different, said Anthony Harris, an epidemiologist and professor at the University of Maryland School of Medicine.

"You can get anyone to advise you on this," he said. They can tell you to install Plexiglas or advise on disinfectants - the Environmental Protection Agency has a list of approved cleaners. But there are nuances to consider, he said, such how to remove protective gear correctly or whether it makes sense to use ultraviolet light for sanitization.

"The analogy I like to use is that if you're having chest pains and having a heart attack, do you go to an internist? Or do you go to a cardiologist?" Harris said.

"It can get complicated pretty quickly," said David Weber, an epidemiologist and professor at the University of North Carolina Chapel Hill, who has been helping the university figure out how to reopen classrooms and has been hired by consulting firms in recent weeks to provide his expertise to companies and investment groups.

Facing a new virus that scientists are still learning about, it can seem like everyone is playing the role of epidemiologist now - making their own decisions about precautions for going to the grocery store, about whether to take a plane or visit an older relative.

The situation has given rise to the term "armchair epidemiologist" to highlight the kind of second-guessing and prognosticating people are doing from home, like Monday morning quarterbacks without football games - or sports of any kind - to opine on.

Grubhub spokeswoman Katie Norris said Trivedi helped the company create rules requiring delivery drivers to wear masks - as well as providing them with masks and hand sanitizer - along with ways to reduce the amount of touching during delivery pickups and drop-offs. Drivers who do come down with covid-19 are provided with two weeks of pay, Norris said.

Trivedi said the pandemic is challenging because the virus is new and information about best practices has occasionally been conflicting.

"Things come up where you have employees wanting to do certain things. I've got to go straight to the data that backs up what I'm saying," she said.

But the profile of epidemiologists has probably never been higher.

"It used to be that no one ever understand what an epidemiologist did," said Mel Kramer, chief executive of EHA Consulting Group in Baltimore, which has been busy with new clients in pharmaceuticals and food processing. "But now, it's coming out of the woodwork."