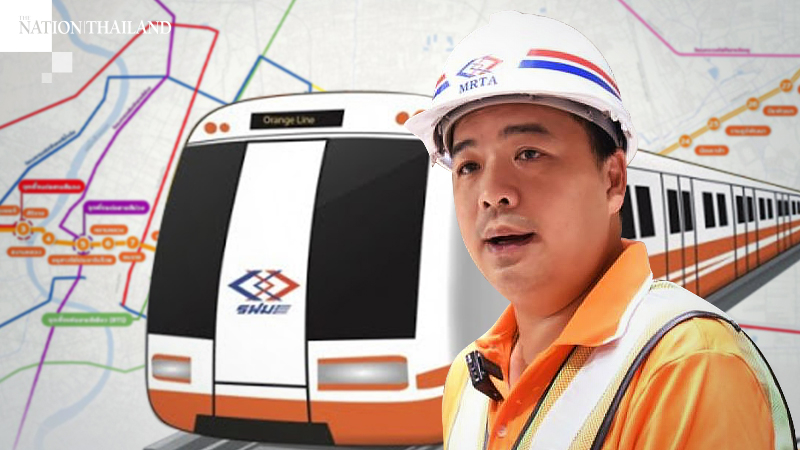 Four major players in the transport system have picked up bid documents for the MRT Orange Line which runs from Bang Khun Non to Min Buri.

Surachet Laophulsuk, deputy governor of the Mass Rapid Transit Authority (MRTA), said four companies have picked up bid documents, which are available from July 10 to 24.

The companies are Bangkok Mass Transit System Public Company Limited, BTS Group Holdings, Sino-Thai Engineering and Construction and Bangkok Expressway and Metro (BEM). The MRTA has opened the bids for private companies to invest in the project and is hopeful that a foreign company will also be interested in the project.

They have until September 23 to submit their tenders, which will be opened by the MRTA on September 30. The route is expected to start operating in the next three years.