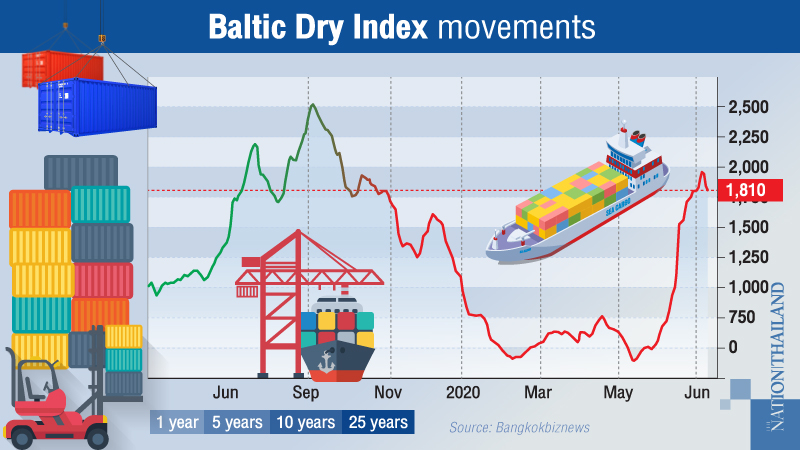 Experts are advising investors to consider purchasing the shares of Prima Marine (PRM), because it has generated outstanding revenue despite the Covid-19 outbreak.

Though lockdown measures in many countries had an impact on the shipping industry, this negative sentiment did not have much of an effect on PRM because its main income is based on long-term contracts.

The first quarter of the year, PRM made Bt715.40 million or 47.5 per cent of its revenue from its floating storage unit (FSU) business. This marked a significant increase from the Bt336.9 million revenue earned in the same period last year, which accounted for 28.3 per cent of the total revenue.

The company also earned Bt593.2 million, or 39.4 per cent of total revenue, from domestic crude oil transportation business in the first quarter of this year, compared to Bt548.8 million earned in the same period last year.

A stock analyst at Yuanta Securities (Thailand) said PRM’s FSU business in the second quarter was still running strong after the company increased the service charge of six out of its eight FSU vessels from 20 per cent to 25 per cent.

“The company’s crude oil transportation business, which was affected by Covid-19 in April, recovered quickly in May and June once the infections came under control,” the analyst said.

He added that PRM’s third-quarter performance should be positive because two new vessels, one for the FSU business and another for domestic crude oil transport, will be added to the company’s fleet.

“PRM will also benefit from the Energy Regulatory Commission’s move to allow large power plants to import liquified natural gas [LNG], as it will be given an opportunity to penetrate the LNG transportation market,” the analyst said.

He explained that the situation of international crude oil transportation has improved after many countries eased lockdown measures, which can be seen from the rise in the Baltic Dry Index, which has been sliding since the start of the year.

The analyst said investors can pick up shares of marine shipping companies provided they have strong fundamentals.