Shop owners close their shops in the Passione mall, formerly known as Laem Thong, for two days of cleaning after an Egyptian soldier visited the mall and was later confirmed infected with Covid-19.

Hotels and other businesses in Rayong province have suffered a further blow from news that a Covid-infected Egyptian soldier paid a short visit to the eastern coastal province.

Pradchaya Samalapa, chairman of the Thai Chamber of Commerce’s committee on the Eastern region’s development, said the incident had taken a toll on local businesses. 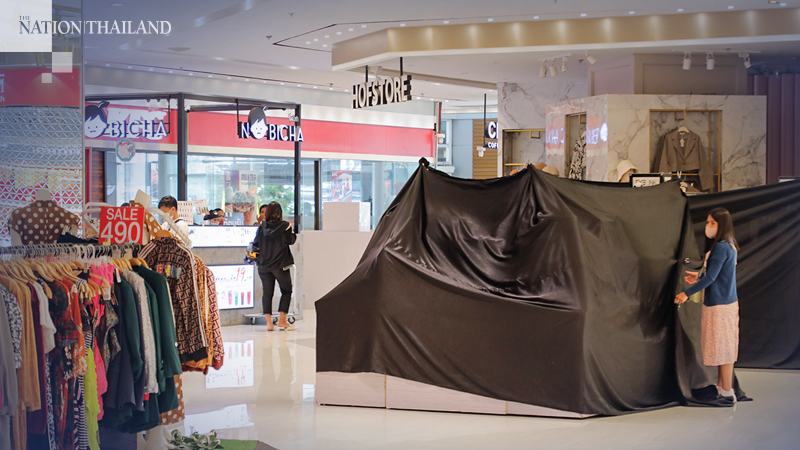 “Hotels and resorts have been hard hit as travellers cancelled their bookings after the news broke,” he said  on Tuesday (July 14).

The government’s Centre for Covid-19 Situation Administration (CCSA) admitted on Monday that it had made errors in managing the entry of some groups of foreigners. The infected soldier was among a 31-strong delegation of Egyptian military personnel who landed at Rayong’s U-Tapao Airport last Wednesday and stayed in a local hotel and visited a local shopping mall. They were not subject to state quarantine, unlike Thais who return to the country. The group left Thailand on Saturday (July 11), but a test result the next day confirmed the soldier had Covid-19.

The incident sparked fear in the province of a second wave of virus infections.

Pradchaya said tourists had cancelled bookings in the province for the long holiday at the end of July.

Other businesses preparing to reopen after months of lockdown are also suffering, with workers now refusing to return to the province over fears of a second wave of contagion, he added.