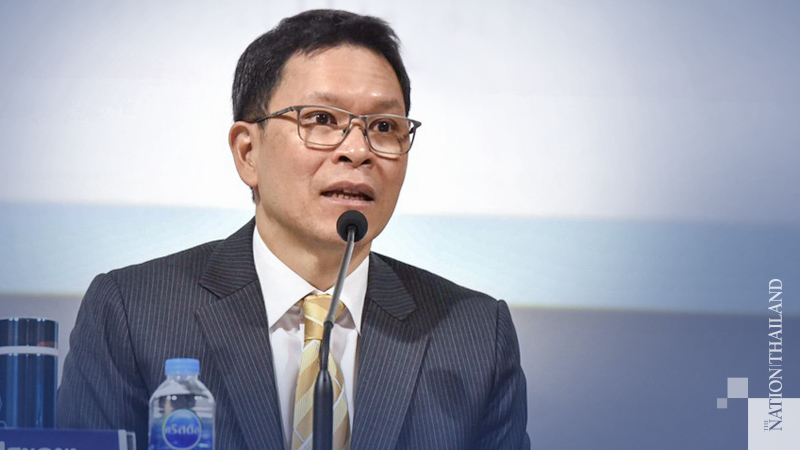 Bank of Thailand governor Veerathai Santiprabhob and other central bank executives meet with financial analysts on Tuesday to share their views on the latest economic situation.

The central bank will not extend the debt moratorium programme which ends in October and will instead focus on debt restructuring to help small businesses cope with the Covid-19 fallout, Bank of Thailand (BOT) governor Veerathai Santiprabhob said on Tuesday (July 14).

This programme was created to help SMEs survive the Covid-19 crisis, but it may damage the credit culture in the long run and lead to financial instability, he said.

“Several financial support schemes will expire in October. We don’t think most SMEs will fall off the cliff, because banks have provided them with more support than the central bank has done, by suspending debt repayment by as much as a year,” Veerathai said.

The important task now is that banks closely follow their debtors and implement appropriate measures for targeted groups, he said.

As for the Bt500-billion soft loan for commercial banks, he said, Bt103 billion in loans has been approved so far.

“Though we are far behind the target, we can extend our support period,” he said.

He also said that BOT is considering banks' proposal that the Thai Credit Guarantee Corporation provide loan guarantees for more than two years.

Looking ahead, he added, the most important thing is to restructure debts that are consistent with each company’s cash flow and BOT will finely tune regulations to make debt restructuring more effective.

Mathee Supapongse, deputy BOT governor, said the central bank is studying bonds’ yield curve control as central banks in some countries have imposed yield curve control measures. BOT is also studying to see what impact low interest rates will have on financial institutions, savers, banks and financial system, though he said it is unlikely that the key policy rate will drop to zero per cent from the current historic low of 0.5 per cent.

The central bank is also urging local gold traders to trade in dollars instead of the baht in order to reduce the impact on the Thai currency’s exchange rate, he added.

Don Nakhontab, senior director at the central bank, expressed concerns about the severe impact the outbreak has had on the economy, which has prompted the central bank to project an 8.1 per cent contraction in growth.

Also, only about 8 million tourists are expected to arrive this year, down from 40 million last year. Tourism is not expected to recover until the end of next year, assuming a vaccine is available by then. He said the economy has bottomed out in the second quarter, but if the debt default becomes more globally widespread and there is a second wave of infections, then the contraction in the following quarters will be even deeper.

Unemployment rose rapidly in May, as 300,000 people were laid off and applied with the social security fund for assistance, he said, adding that it will become very difficult for new graduates to find employment.