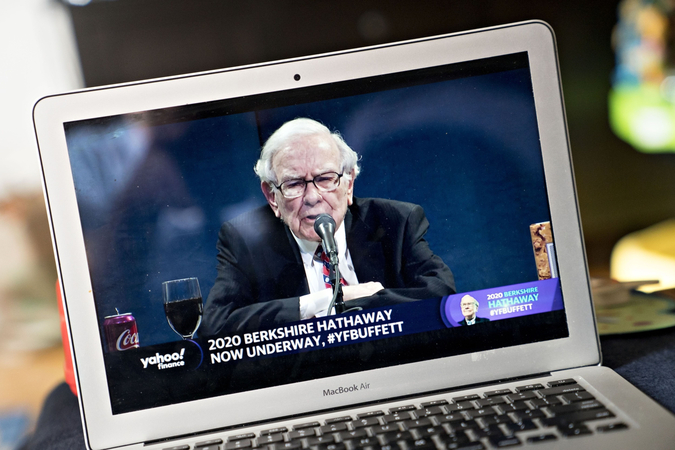 The deal is "a bet that the future doesn't come as fast as some people think," said Jim Shanahan, an analyst who covers Buffett's Berkshire Hathaway Inc. at Edward Jones. "I think they want to be bigger in renewables, but it's going to take time. In the meantime, they have to be able to provide power generation to their customers."

On its face, Berkshire's deal last week to buy gas assets including some 7,700 miles of pipelines seems risky even for a contrarian like Buffett. The energy industry is under increasing pressure from public officials and investors to abandon coal and natural gas. The use of natural gas for power generation, once hailed as a cleaner, cheaper alternative to coal, is now projected to drop to 36% in 2021 from 41% this year. In the last decade, prices for solar and onshore wind power have plummeted 90% and 70% respectively per megawatt-hour, according to BloombergNEF. Renewables now supply 20% of Americans' power needs, up from 13% five years ago, according to the U.S. Energy Information Administration.

Biden's plan, unveiled Tuesday, is an attempt to propel that surge, calling for spending $2 trillion for a clean-electricity economy and outlining a goal to have a carbon-free power sector by 2035.

But despite, or, more likely, because of those trends, Buffett is following his well-worn investing path-buying assets cheap in a buyers' market. Natural gas futures in the U.S. dropped last month to their lowest point in 25 years. Plus, he's one of the few buyers in a market where many utilities are searching for ways to get out. Political, regulatory and legal pressure have stymied the building of new pipelines and other infrastructure. Just last week, Dominion Energy and Duke Energy Corp. shelved a plan for a new gas pipeline crossing the Appalachian Trail in the face of stiff environmental opposition.

The prices and political pressure are likely to deter any new entrants, potentially allowing Buffett to reap natural gas's historically good returns for some years coming.

"People assume we're getting rid of coal, and then we're getting rid of gas next," said Noah Kaufman, a research scholar at Columbia's Center on Global Energy Policy. But because gas is plentiful, cheap and provides round-the-clock electricity it's "a lot harder to get rid of."

The deal reinforces the idea that Berkshire, despite its expansive clean-energy portfolio, isn't a friend to environmentalists, who want a quicker shift to renewable energy. Berkshire routinely faces criticism for the company's ties to fossil fuels. Buffett comes in at No. 3 on Bloomberg Green's list of billionaires whose fortunes derive largely from climate-damaging industries. He's faced shareholder proposals from groups such as the Nebraska Peace Foundation urging Berkshire to disclose how climate change will affect its insurance subsidiaries, a significant chunk of the Berkshire empire.

"Berkshire has made some bad fossil fuel investments over the last few years and we expect this one to be a similarly bad investment, and ultimately a losing investment," said Mark Kresowik, a regional director of the Sierra Club's Beyond Coal campaign. (The Sierra Club has received funding from Bloomberg Philanthropies, the charitable organization founded by Michael Bloomberg, the majority owner of Bloomberg LP.)

Buffett has acknowledged the risks from the changing climate, saying in a shareholder letter in 2016 that it seemed "highly likely" that it would be a "major problem" for the world. But he has also previously said climate change can't be a decisive factor in deciding investments.

In explaining the Dominion Energy deal, Berkshire positioned natural gas as part of its strategy for sustainability. Its energy company called it a "reliable" and "less-carbon intensive" energy source in a slide show. Of the company's generation capacity at the end of 2019, about 36% was from wind and solar, while 32% came from natural gas and 26% coal. The remainder came from hydroelectric, geothermal, nuclear and other sources, according to a filing.

Buffett has gotten caught flat-footed in the past by burrowing into a market that was soon to be upended. Last year, he invested $10 billion to help finance oil-producer Occidental Petroleum Corp.'s bid for Anadarko Petroleum Corp. But the investment has struggled since because of a volatile market. Occidental slashed its common dividend when oil prices crashed earlier this year and ended up paying the dividend on Berkshire's preferred stock in Occidental shares.

And Buffett's been burned by volatile natural gas prices before. Berkshire bought about $2 billion of the debt of Energy Future Holdings, but ended up suffering a pretax loss of $873 million as that business filed for bankruptcy in 2014, according to his annual letter in 2014.

For now, Berkshire is simply betting that controlling a wide swath of the natural gas transmission lines will be profitable for the immediate future, climate issues aside.