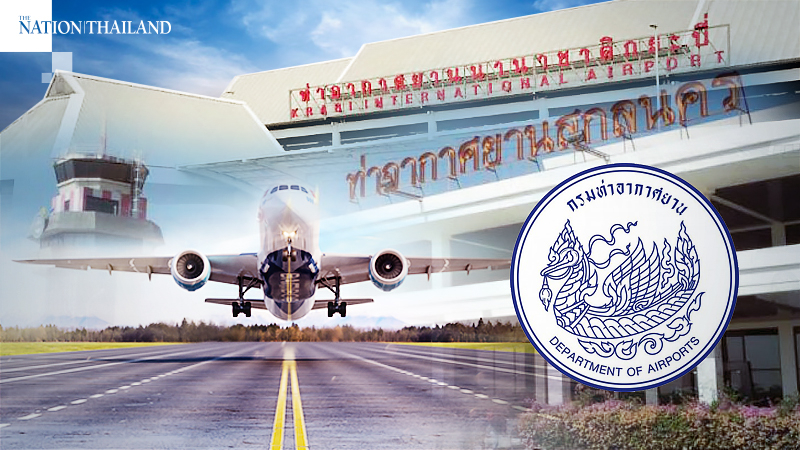 The Department of Airports (DOA) has spent Bt14 billion in 2019-20 to develop new airports and boost capacity at its existing 29 airports, said Deputy Transport Minister Thaworn Senneam. The projects are part of a 10-year airports plan (2015-2024) with a total budget Bt36.634 billion.

For 2021, the DOA has received a budget of Bt5.8 billion to upgrade regional air hubs such as Krabi airport, which is using Bt6 billion in funds from 2019-2021 budgets to construct a new passenger terminal after Phase 3 renovation, as well as constructing an apron to accommodate large aircraft. Construction is expected to be complete in 2022.

However, in line with the strategy of spreading wealth to the regions, Thaworn is also pushing the DOA for progress on constructing new commercial airports in provinces that do not have an air link with main airports like Suvarnabhumi and Don Mueang. Thailand has a plan to develop seven such airports in Phatthalung, Satun, Bueng Kan, Mukdahan, Phayao, Kalasin and Nakhon Pathom.

He added that construction of Nakhon Pathom airport is making good progress, with a feasibility study completed and an environmental impact assessment (EIA) under way. The project will next be screened by the Transport Ministry before Cabinet approval by the end of this year.

Likewise, the feasibility study on the Bt4-Bt5 million Mukdahan airport project is ready to be presented to the ministry.

As for the new airports in Phatthalung, Satun, and Bueng Kan, the DOA is studying the possibility of construction. Meanwhile, the Phayao and Kalasin airport projects are in the process of requesting financial support in 2021 to begin feasibility studies.