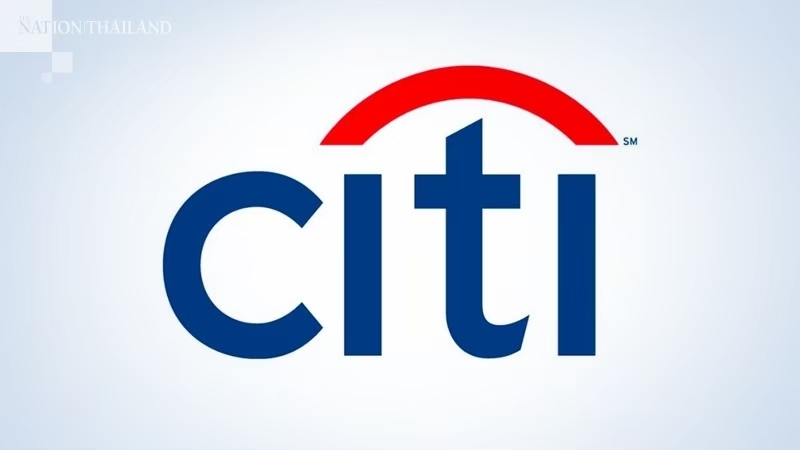 The global economy is expected to shrink minus 3.5 per cent in the second half of 2020 before a rapid recovery of 5.5 per cent in 2021, Citibank Thailand forecast today (July 21), adding that the overall investment market is still experiencing stiff challenges and warning that a global economic recession could be "greater than the 2008 financial crisis".

Citibank put the inflation rate at 1.8 per cent, which has been affected by many factors, such as uncertainty in the global situation as Covid-19 spreads, geopolitical uncertainty and fluctuating economic factors.

However, Citi analysts still have a positive view of cyclical stocks, which are expected to grow. They suggest investors weigh emerging Asian markets, especially in the technology industry, health and digitalisation technology sectors, including US bonds, Japan’s yen currency and investment in gold, “as these are secure and low-risk assets which will strengthen investment portfolios”.

Citi Thailand investment adviser Boonnisaed Thanyaworaanan said Citi analysts have forecast the global economy in the second half of 2020 to be minus 3.5 per cent, before the global market recovers rapidly at 5.5 per cent in 2021.

“Also, the inflation level is at 1.8 per cent but will rise to 2.4 per cent in 2021 due to uncertainty in the global situation, such as the spreading Covid-19 virus, geopolitical uncertainty that remains tense, the US-China trade war, as well as economic fluctuations throughout the past year,” he said.

“As for the regional economy, emerging markets are expected to slow down slightly – by 1.5 per cent – but will reach 6.4 per cent in 2021. On the other hand, developed markets will tend to slow down by minus 5 per cent due to severe economic disruptions as a result of the spread of Covid-19 and trade conflicts. Consequently, the investment market is still highly challenging, although the global capital market has recovered to 40.6 per cent from its lowest point in March. However, the global capital market is still minus 4 per cent, compared to that of last year,” Boonnisaed said.

He said Citi analysts have estimated that the Covid-19 pandemic may result in a global economic recession being greater than the 2008 financial crisis, but the global economy will begin to rebound after lockdowns in many countries are lifted and the outbreak is controlled, and especially if a vaccine is successfully developed.

The Asian economy this year is expected to grow by 0.5 per cent, especially China’s, which may reach 2.4 per cent due to huge domestic demand. Although China was the first country where the outbreak occurred, it has gradually begun to see increased domestic activities and the first quarter may be the lowest point of its economic slowdown. For other economies, the second quarter will still see a recession before gradual recovery. However, even when the world economy begins to recover, the Asian region will see uneven recovery, he said.

The GDP of the United States this year is expected to contract by 3.3 per cent, but it has begun to see positive signs, such as a reduced unemployment rate and increased retail sales in May. The Federal Reserve has issued monetary easing measures and kept the policy interest rate at 0-0.25 per cent. In addition, the US government is planning to spend more than $2 trillion (Bt63.5 trillion) to stimulate the country’s economy.

Meanwhile, European GDP is expected to decrease by 6.7 per cent. The recovery trend in the second half of the year may take around two years for the GDP to return to the same level as the 4th quarter of 2019. Therefore, the European Central Bank has issued monetary easing measures and a resolution to keep the policy rate at 0 per cent and has recently launched an emergency bond project worth up to €7.5 billion (Bt272.4 billion).

Oil is also worth mentioning.

Crude oil is in demand, which contrasts with supply, and it is expected to cause Brent and West Texas crude oil average prices to be $42 and $38 per barrel, respectively. Gold is still in demand, and the average price is $1,600-$1,800 per ounce. It is likely that the average value will be approximately $2,000 per ounce in 2021, Boonnisaed said.

He also said the dollar is likely to depreciate this year in the medium to long term due to the Fed’s balance sheet expansion in response to the liquidity in the present situation.

As for the Thai baht, it is expected to be around 31-31.30 per US dollar, Boonnisaed added.

Don Charnsupharindr, director of Retail Banking at Citi Thailand, said the firm has been developing its wealth management business to better respond to the needs of high-end customers.

The strategy is to expand its top-level customer base and develop integrated wealth management services. It has recently partnered with UBS and JP Morgan to launch new mutual funds to provide more options for diversifying investments with potential both in the country and abroad, such as the USB China A Opportunity fund, the USB China Opportunity fund, the JP Morgan China Pioneer fund and the JP Morgan US Technology fund, he said.

In addition, the bank continues to develop its digital banking products and services "for the best investment experience for customers", such as an Authorisation Corner or transaction documents on the Citi mobile application or Citibank online, Don said, adding that these functions, and those released last year, allow customers to confirm transactions for funds and bonds subscriptions and redemption in an easy, convenient and timely manner after customers discuss investment requests and choose products that they want to confirm investment in – a feature which has received good feedback.

He also said FX and overseas transfers are easy with Citibank. Transfers to Citibank accounts worldwide can be made online instantly, free of charge.

He added that privileges for Citigold’s customers have been altered in accordance with the current situation.

“Customers can still avail of the privileges, for example, credit of up to Bt30,000/year for Michelin-starred-restaurant delivery services, which is exclusive for Citigold Elite customers who have bank deposits and/or investments of Bt50 million, Credit Card Rebates when paying via the Grab application of up to Bt1,500/month and rebates of up to Bt500/month for using Citi credit cards at Starbucks,” Don added.

Meanwhile, Citibank Thailand has organised an online seminar titled “2020 Mid-Year Annual Outlook” on the latest economic and investment direction in the second half of 2020. For more information, contact Citibank Thailand or visit www.citibank.co.th.