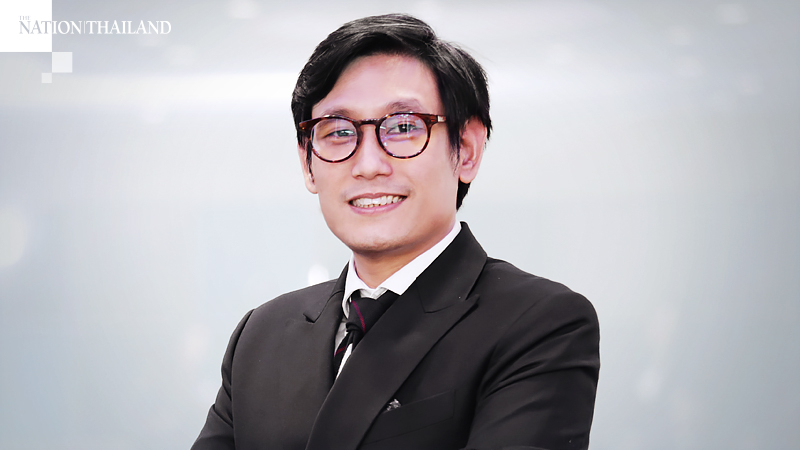 In an exclusive interview with The Nation, Komsorn Prakobphol advises investors to also closely monitor the US election and key business risks

Thailand may be a loser in this Covid-19 era amid deglobalisation, a Tisco analyst told The Nation in an exclusive interview, as he advised investors to also keep a hawk’s eye on the US election, which is among the four key risks.

The US will hold its presidential election in November and investors are keenly watching the latest developments. Democratic candidate Joe Biden is presently ahead of President Donald Trump in opinion polls.

Trump has implemented business-friendly policies such as tax cuts. But Biden is campaigning for higher tax rates, the head of Tisco’s economic strategy unit Komsorn Prakobphol noted during the exclusive interview.

A latest opinion poll also suggests the Democrats will control both lower and upper Houses instead of just the lower House at present.

“Should that happen, it would give Biden a full mandate to implement his tax hike policy,” Komsorn said.

Higher corporate tax would eat into company profits and, in turn, affect their share prices.

He said the tension between the US and China will continue even if Biden is elected the new US president. Biden will pursue a similar strategy to former president Barack Obama, such as creating a free trade zone without China, while he is even expected to take tougher action against Beijing than Obama did.

Another major risk is a second wave of Covid-19 infections.

While the number of new cases is creating a fresh record almost every day worldwide and especially in the United States, US stocks are still on a rising trend. New daily cases in the US in early July were more than 60,000, up from about 30,000 in April. But the present fatality rate of between 700 and 800 a day has dropped from over 2,000 in late March and early April.

Weaker-than-expected economic recovery is also another key risk for investors, he said, adding that a large number of workers have been laid off worldwide, while rehiring could be slower than expected.

“Large economies such as the US and China would be able to steer their economies out of trouble, but smaller ones such as Thailand would find it very difficult,” he warned.

Thailand which depends largely on export markets will suffer from a slower recovery as export markets shrink. Moreover Vietnam, equipped with many free trade agreements, is biting into Thailand’s global market share.

Tisco forecast that the Thai economy will contract sharply by 6.4 per cent this year.

Thailand’s manufacturing sector is also a laggard, producing low-tech products. Meanwhile, South Korea and Taiwan will benefit from the advent of 5G technology, he said.

Firstly, income inequity has been widening. Capitalists and business leaders benefited greatly from globalisation as they moved their production bases out of advanced economies to emerging countries such as China. But workers in advanced countries have lost jobs or were forced to take lower-wage jobs, leading to Brexit and the election of Trump, who took the nationalistic path, campaigning for “America First”.

Now, Covid-19 has worsened income inequality. Central banks around the globe are injecting money into the market via quantitative easing (QE) measures to shore up their economies. The resulting huge liquidity in the market is making share prices recover quickly and greatly benefiting investors, although a large number of workers worldwide have been laid off due slowing economies.

For example, the US Federal Reserve has gone in for massive QE, estimated to be $3 trillion in a matter of just a few months compared to similar accumulated amounts over the past 10 years, Komsorn pointed out.

Income inequality will be a time-bomb, he warned.

"There is also inequality between generations. Youth are revolting against older generations, as we have seen in the climate change campaign led by teenager Greta Thunberg. New generations tend to elect politicians who propose higher tax rates and generous social welfare. But faced with high debts, many governments will find it very difficult to implement generous social welfares programmes," he said.

In these circumstances, investors are advised to also hold gold as a hedge against risks, Komsorn said.

The reversal of globalisation, or deglobalisation, will lead many manufacturers to relocate their factories back to their home countries. Since advanced economies have a limited working force, factories will install more robots and go in for increased automation.

In this situation, emerging economies like Thailand would be the losers, he said.

The coronavirus pandemic may also change consumer behaviour: many people might stop going to shopping malls in a post-pandemic situation as they become used to online shopping and social distancing caused by the virus, Komsorn added.