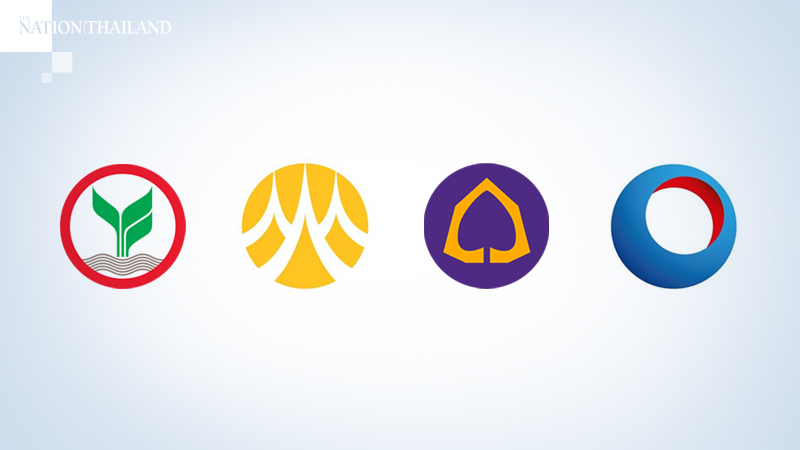 Banks have provided financial aid worth a total of Bt6.7 trillion to more than 10 million debtors suffering from the impact of Covid-19, while some believe 70 per cent of the borrowers will repay their debts once the aid package comes to an end.

As per the Bank of Thailand, 12.62 million bank accounts with debts worth a total of Bt6.74 trillion have been given financial support in the form of debt restructuring or moratorium on principal or interest repayment. Banks have also given out new soft loans worth Bt103 billion.

Arthid Nanthawithaya, chief executive officer and chair of Siam Commercial Bank’s executive committee, said his bank has provided aid to 1.1 million individual borrowers and to 13,000 corporate clients. As of the end of June, the bank had restructured or helped holders of Bt840 billion in combined loans, or 39 per cent of its total lending. SCB also gave out new loans worth Bt36 billion under the central bank’s soft loan scheme.

The rate of bank clients seeking help slowed down in late May and has stabilised recently, especially since some aid packages started expiring in June, he said.

“As per our preliminary assessment, some 60 to 70 per cent of debtors should be able to repay their debts once their aid packages expire, though the rest may need additional support,” he said.

Owing to the debt holiday, SCB’s non-performing loans will not rise significantly in the next two years, he said, adding that financial support provided by the government and central bank have eased the impact on debtors.

Patchara Samalapa, president of Kasikornbank, said his bank had provided financial support to 650,000 debtors, both retail and corporate clients, with outstanding loans worth Bt828 billion. Kasikornbank has granted 293,000 borrowers owing a total of Bt746 billion a repayment moratorium. The bank has also given Bt143 billion in loans to 60,000 borrowers.

“We are assessing debtors’ potential to see which groups can return to normal once the support comes to an end, and which will need more support. Accordingly, we are making preparations to handle any issue,” he said.

Seiichiro Akita, president and chief executive officer for Krungsri, said his bank has helped 1,792,820 retail clients and 36,490 corporate clients, who hold about 29 per cent of its outstanding loans. The bank has also granted new soft loans worth Bt18.3 billion to 5,709 borrowers.

Akita said that though the government has been successful in containing the spread of Covid-19, the Thai economy remains fragile. Hence, he said, the bank is bracing for any emerging risks and will provide support to debtors if necessary.

Meanwhile, Tisco Bank has said it will help its clients restructure their debts worth about 10 per cent of total loans. So far, debtors accounting for 3 per cent of the bank’s total outstanding loans have been given a moratorium on principal and interest repayment.