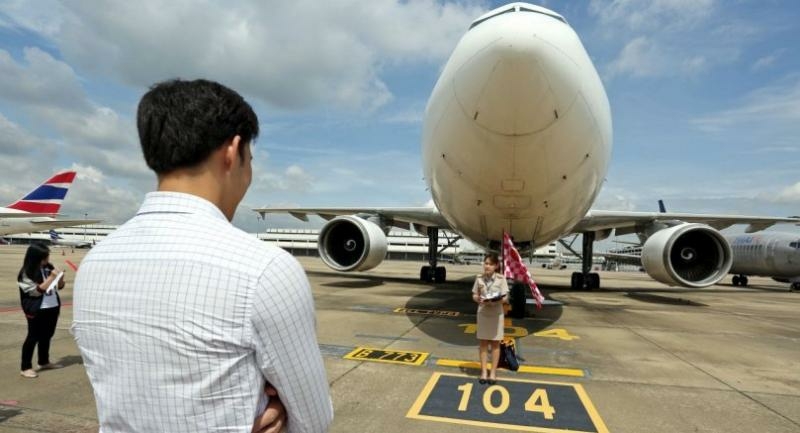 The Civil Aviation Authority of Thailand (CAAT) has predicted that the aviation business will recover during the high tourist season, especially when international flights allow the return of Chinese tourists, even as domestic flights are on a positive trend.

Overall, the impact of the Covid-19 has caused all airlines to lose about 70 per cent of passengers because of the reduced travel demand. Airlines must also comply with social distancing measures by leaving one seat empty between passengers, said CAAT director-general Chula Sukmanop.

The CAAT estimates that in the fourth quarter of the year, airlines will see recovery duing the high season. Also, if there is no second outbreak of Covid-19, international travel should begin at the end of the year which will enable recovery of the aviation business.

"Many airlines are now focusing on increasing domestic flights and opening new flight paths to new markets. If the end of the year tourist season can return to normal, overall Thai aviation this year is likely to recover," said Chula

He said international visitors may have a chance to return to Thailand and the first will be an Asian group, such as South Korea, Japan and China, especially from China who are currently unable to travel abroad. If the Covid-19 situation is resolved and Thailand can open the country for the travellers, he believes the Chinese will be the first group of potential tourists returning to Thailand with high purchasing power as the economy in China is not much affected by Covid-19.

During the week July 12-18, the number of international passengers was 13,422, a 5.7-per-cent decrease from the previous week while there were 845 international flights, an increase of 6 per cent.

Domestic passenger volume during the said period was 510,505 people, down 5.7 per cent as it was a normal working week after a long break. However, the number of domestic passengers during the third week of July is likely to increase when compared to the number during the week before the long holiday. This is in line with the increasing number of domestic flights --5,680 flights, an increase of 2.6 per cent -- from the previous week's 5,535 flights, as more airlines are operating on domestic routes.