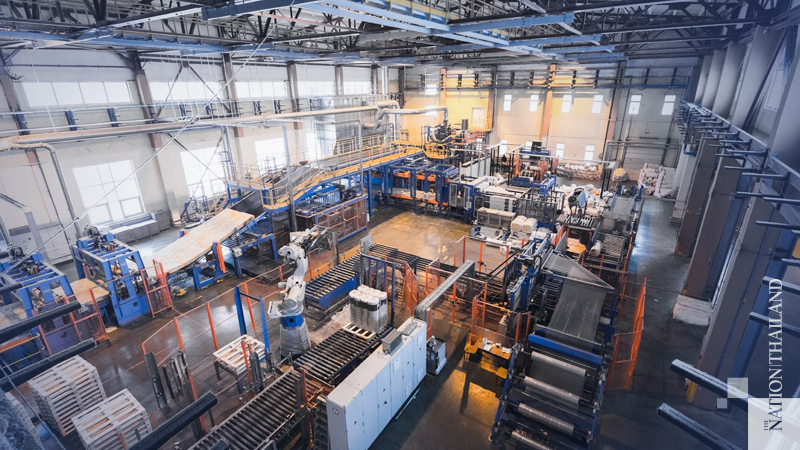 Though the Thai Industries Sentiment Index (TISI) has risen for the second consecutive month following the easing of more Covid-19 lockdown measures, businesses have started worrying about the state of local politics, chairman of the Federation of Thai Industries (FTI) said on Thursday (July 23).

In June, TISI stood at 80, up from 78.4 in May, and businesses were able to resume operations after the third and fourth phase of easing restrictions. Many border checkpoints have also reopened to facilitate trade with neighbouring countries, while the low number of new infections in June has boosted confidence among manufacturers.

However, FTI chairman Supant Mongkolsuthree said many industries are more concerned about the state of local politics, appreciation of the baht, oil prices and lending interest rates, instead of the global economic recovery.

Prime Minister Prayut Chan-o-cha is currently reshuffling his Cabinet now that several ministers have stepped down. At the same time, student activists have intensified their campaign, demanding that Prayut dissolve Parliament, have the Constitution rewritten and for his government to stop intimidating people.

For the next three months, TISI is expected to hover at 90.1, down from the previous estimate of 91.5, because businesses are worried about local buyers’ low purchasing power, fragile economy and the threat of a second wave of Covid-19 infections.

Hence, they are proposing that the government launch extra stimulus measures and encourage state agencies to purchase goods produced by local factories, the Thai Credit Guarantee Corp to guarantee more loans and the government to offer incentives to foreign investors, especially those wanting to invest in the Eastern Economic Corridor.