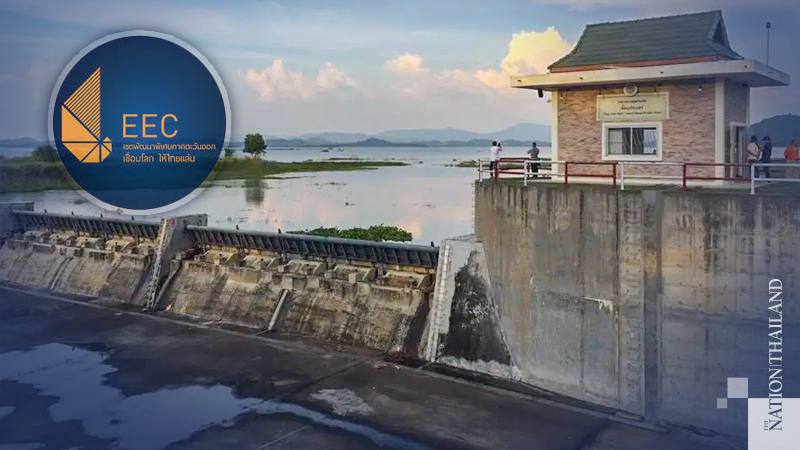 Rayong’s administration is working on putting in place an effective waste and waste-water disposal system before the Eastern Economic Corridor (EEC) is fully developed and brings in an influx of people.

Piya Pitutecha, chief of Rayong’s Provincial Administrative Organisation, said his team was working in collaboration with PTT’s Global Power Synergy Co (GPSC) to build a comprehensive waste-disposal centre, which will cover approximately 429 rai and overlap Nam Khok, Thapma, Map Kha and Nong Taphan subdistricts. He said a proper waste-disposal set up was necessary as the EEC will soon start attracting both industrial and business investments, which will result in a boost in population and huge amounts of waste.

The planned integrated waste-disposal centre will comprise waste-separation plants, which will then be shifted to power-generating incinerators that can eliminate 500 tonnes of waste daily and produce 10 megawatts of electricity. Construction of this plant began last year and is scheduled to be completed in 2021.

Once all three incinerators are operating, they will be able to eliminate up to 1,500 tonnes of waste daily and generate a total of 30MW of power.

GPSC will be investing in the incinerators, and revenue from the electricity generated will cut down the cost of waste-disposal by Bt400 per tonne – the biggest saving compared to other waste-disposal systems.

This system will be able to handle waste generated from the growth of EEC for at least 20 years, including the more than a million tonnes of waste in Rayong’s landfills.

“Since this is a public-private joint venture, it will encourage the government to push the project forward quickly. It also makes it possible for refuse in Rayong province to be dealt with in a complete and sustainable manner that is in line with international standards, which means there will be no foul odour or pollution and this system can be a model for other provinces to follow,” Piya said.