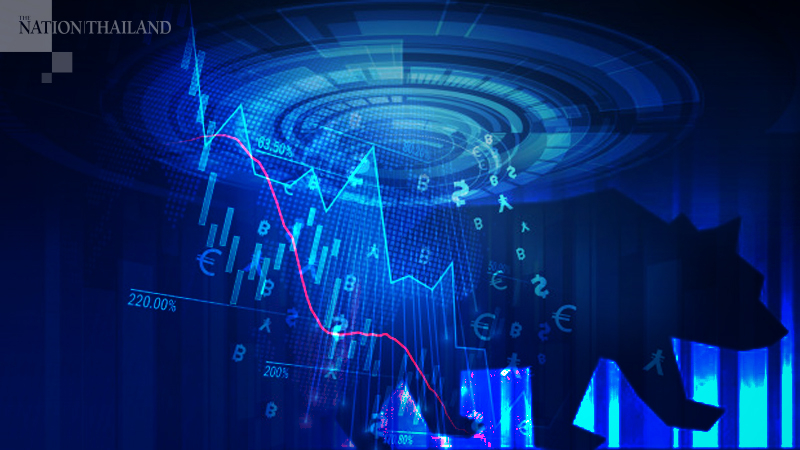 Bank stocks have dropped an average 6.2 per cent over the past week as the virus crisis grips Thailand’s financial sector, experts reported today.

Pasakorn Wangvivatchareon, a research assistant at Asia Plus Securities, said the fall in banking shares was due to banks’ weak second-quarter performance, allowance for doubtful debts, and lack of positive sentiment.

"Banks' asset quality is likely to deteriorate further after the Bank of Thailand [BOT]'s debt payment holiday expires, while market volatility and the BOT’s move to hold off payment of banks’ interim dividends would also pressure the share price," he said.

However, he said banking stocks would not drop sharply because banks' price-to-book value was already at a low of 0.4.

"Signs of economic recovery will lift the price of bank shares," he said. "However, we still weigh investment in banks lower than the market due to various uncertainties."

Meanwhile, a Tisco Securities stock analyst advised investors to monitor banks' move to set up allowances for doubtful debts as this would affect their performance in the second half of this year.

"Banks that have set up allowances in advance are Bangkok Bank (BBL) and Kasikorn Bank [KBank], while those gradually setting up allowances are Siam Commercial Bank [SCB] and TMB Bank," the analyst explained.

Most banks expected up to 40 per cent non-performing loans (NPL), the analyst said.

Small and medium enterprises under BOT relief measures accounted for about 40 per cent of total loans.

"We expect NPLs to reach the maximum by the second half of 2021," the analyst added.

KBank’s board of directors recently approved the sale of 23.932 million stocks it bought back earlier this year at Bt134 apiece, paying Bt3.207 billion. The bank looks set to lose about 38 per cent on that deal, given its July 30 share price of Bt82.50, when it offers the shares from August 31 to September 16.