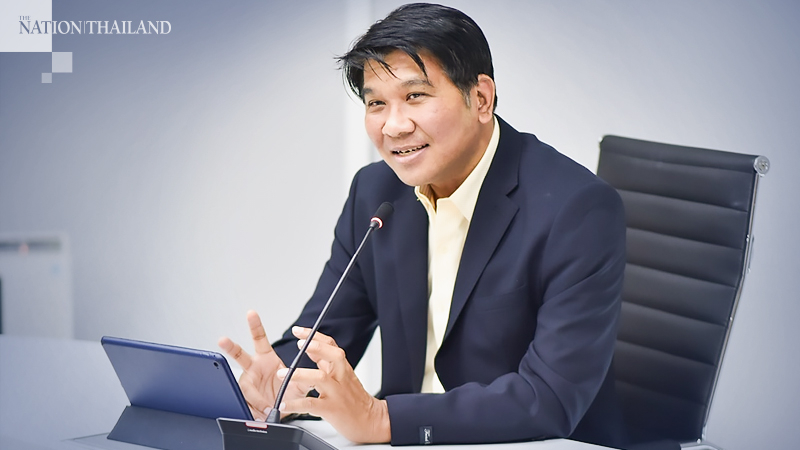 The Covid-19 outbreak has punched a Bt2-trillion hole in the Thai economy, according to the University of the Thai Chamber of Commerce (UTCC), which has cut its projection for this year’s GDP to a 9.4 per cent contraction.

The coronavirus outbreak has already cost Thai economy Bt2.1 trillion, which could rise to Bt3 trillion if the economy does not recover in the second half of the year, said Thanawat Polvichai, rector at UTCC.

The university has almost doubled its projection of economic contraction in 2020 from 4.9 per cent to 9.4 per cent, said Thanawat, who is also chief adviser to the Centre for Economic and Business Forecasting at the UTCC.

The pandemic has severely impacted tourism, hotels, restaurants, trade, logistics and entertainment worth about Bt1.5 trillion. Meanwhile manufacturing and exports have taken a Bt500-billion hit. Drought has caused extra damage worth Bt76 billion, he said.

Exports are expected to sink this year by 10.2 per cent, gross investment by 8 per cent, and foreign tourists by 82.3 per cent to 7.03 million.

The latest projected GDP revision is based on the assumption that the global infection rate will continue, fuelled by the second wave starting in June and having now passed the 18 million mark.

“Given the intensity of infection globally, the Thai government’s plan to welcome tourists under the travel bubble idea is unlikely to take off this year,” he said.

He also pointed out that not much of the Bt400 billion government recovery package has yet been injected into the economy.

The government should launch more stimulus packages in order to encourage consumption, he said.

Meanwhile small and medium-sized enterprises continued to face difficulty in obtaining credit despite the Bank of Thailand implementing a Bt500-billion soft loan scheme via commercial banks. He said the banks were demanding collaterals from borrowers, resulting in most SMEs being unable to access the loans.

If SMEs could not get liquidity, they will layoff about 1.9 million workers this year, he warned.

In its survey of 800 SMEs this month, the UTCC’s Centre for Economic and Business Forecasting found that 61.7 per cent of complained of being hit hard by the virus crisis, 26.9 per cent medium-hard and 11.2 per cent mildly hit.

Tourism, hotels, restaurants, health and beauty, and jewellery and handicraft are among the businesses hardest hit by virus outbreak.

The auto parts industry is among the most vulnerable as it cannot survive the downturn for more than three months.

Able to maintain businesses for as much as nine months are textile and fashion, handicraft, plastic and rubber production, printing, furniture and wood products, retail, restaurants and beauty service.

SMEs are demanding soft loans, a debt moratorium and tax cuts, according to the UTCC survey.