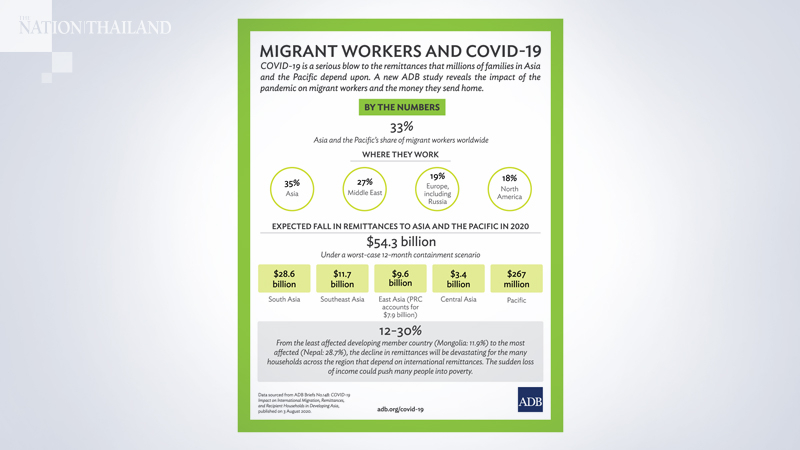 The global economy could lose more than $100 billion (Bt3.1 trillion) in remittances, warns a report by the Asian Development Bank. It adds that governments need to act fast to protect the most vulnerable in society from this loss of vital income.

Migrant workers are among the groups hardest hit by the Covid-19 pandemic, with many facing scant job security and limited access to social assistances, the report noted. Large-scale unemployment and wage reduction among migrant workers also threaten the wellbeing of many households in Asia and the Pacific who depend on remittances to meet their daily needs. 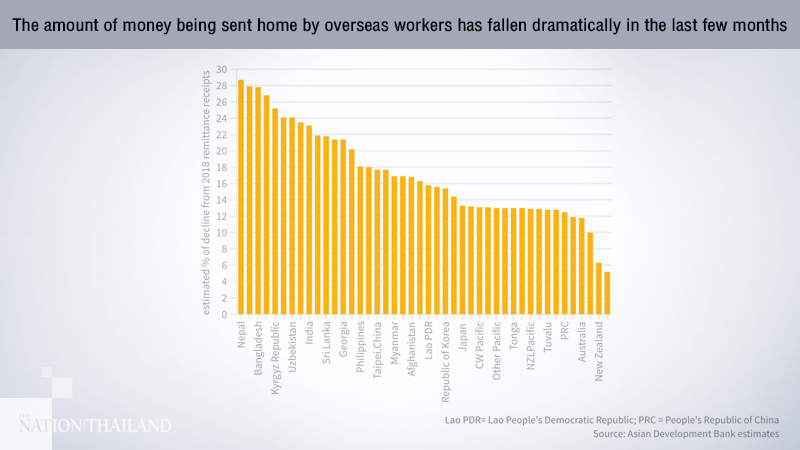 “Based on our worst-case scenario, where the Covid-19 economic impact persists throughout the year and dissipates halfway in the last three months of the outbreak, global remittances will fall by $108.6 billion [Bt3.393 trillion] in 2020,” the report said – an 18.3-per-cent drop on expected remittances.

It added that remittances to Asia and the Pacific would fall by $54.3 billion, equivalent to 19.8 per cent of remittances in 2018.

By percentage, the Middle East and the Russia experienced the sharpest decline – over a third – primarily reflecting the effects of low demand and oil prices on remittances.

The bank urged governments in the region to help manage the impact of Covid-19 on remittances by extending temporary social services to assist stranded and returning migrants, providing income support to poor remittance-recipient families, and designing health, labour, and skills policies to help migrants return to their jobs, or be employed in their home countries.