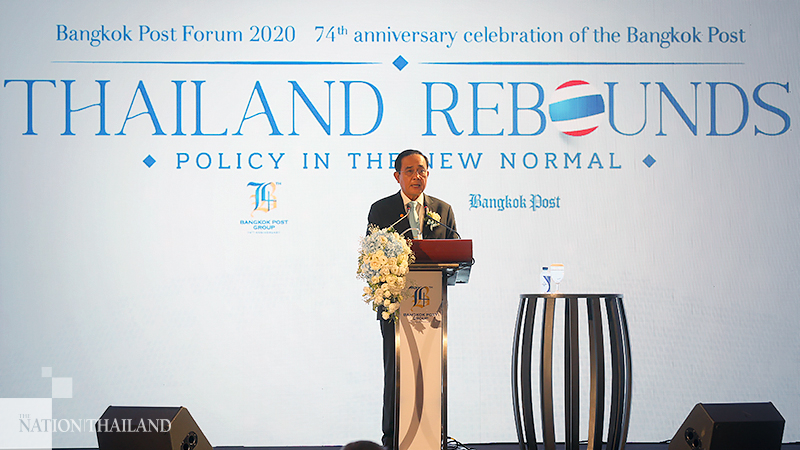 Prime Minister General Prayut Chan-o-cha has predicted the Thai economy will contract less than 10 per cent this year, thanks to its strong economic fundamentals and effective handling of the Covid-19 outbreak.

He made the prediction during a speech on the economy at an event hosted by the Bangkok Post to celebrate its 74th anniversary on August 6.

The growth trend had continued until this year when the economy was brought to its knees by the outbreak, said the premier.

The government has launched a series of relief measures to help businesses and people survive the crisis, he added.