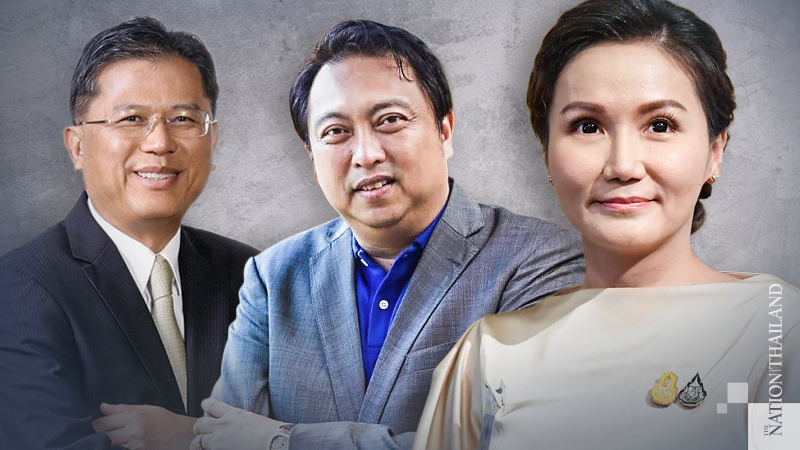 Newly appointed economic ministers will find it severely difficult to rescue the economy from the Covid-19 fallout, given dwindling financial resources, rising unemployment and the global threat of a second-wave contagion, warn economists.

The immediate challenge is to support workers and businesses as relief measures including cash handouts come to an end, said Charl Kengchon, executive chairman at the Kasikorn Research Centre.

Government fiscal police is already strained by the massive Bt1 trillion loaned to deal with the virus crisis, he said, following the appointment of key economic ministers announced by the government on Thursday (August 6).

The economy is showing signs of improvement, but recovery remains a distant prospect as only some sectors and workers have resumed operations.

“We have not yet reopened for tourism, so businesses and workers in tourism-related sectors are still suffering the most,” he said.

Meanwhile countries including the United States, Australia, Japan, Philippines and Vietnam have experienced a surge of new infections, which has delayed the recovery for Thai exports.

External factors are also causing uncertainty, including whether the US Federal Reserve will cut its policy rates again or inject more liquidity into the market, which will weaken the dollar and cause appreciation of the baht.

A strong baht hits Thai exporters, who are paid in dollars and must then exchange them for baht.

The global exchange rate market is so big that the central bank might be not be able to prevent the baht from rising, Charl said.

Regarding tourism, the challenge is how to reopen the sector and related services. Reopening to foreign tourists would risk importing more Covid-19 cases, which could lead to a crisis of confidence in health management, he added.

“The government may need to borrow more money as existing relief programmes are starting to expire,” he said.

Businesses may lay off more workers in the third quarter as they lack cashflow and many have been unable to reopen.

The government has prioritised measures to contain the virus, but now it has to focus more on economic activities, he said.

If the economy does not improve significantly, 4.5 million service sector workers and 1 million in manufacturing may lose their jobs, he warned.

The government has to think about how it can open the country to foreign visitors, he said, adding that the 14-day mandatory quarantine may be too long. Many hotels will not be able to survive for long after recently reopening as they have no income from foreign tourists, he said.

They account for two-thirds of Thailand’s 38 million-strong workforce. The Labour Ministry must consider changing the Social Security Fund to a mandatory scheme which covers all workers, both formal and informal, he added.

“Currently, there is huge income inequality between workers who are covered by the Social Security Fund and those outside its protection,” he pointed out.

The ministry also needs to provide subsidies for training as firms do not have enough funds to train workers, given the persisting impact of the virus pandemic, Yongyuth said.

Currently, about 1.5 million workers are receiving Social Security unemployment benefits, up sharply from the previous 300,000 to 400,000 recipients, he added.

Meanwhile, Lavaron Sangsnit, director general at the Fiscal Policy Office, insisted the government still had cash in hand from the Bt1 trillion relief fund. “Half of the Bt1-trillion loan remains unused,” he said.

Predee, a former co-president of Kasikornbank and ex-chairman of the Thai Bankers’ Association, is believed to understand the issues faced by both private companies and workers very well, said Lavaron.

Supant Mongkolsuthree, chairman of the Federation of Thai Industries, also expressed confidence in Predee, saying that businesses will cooperate with him well in tackling the impact of the coronavirus. He called for more financial support for small and medium-sized enterprises (SMEs), many of which have been unable to access bank loans.