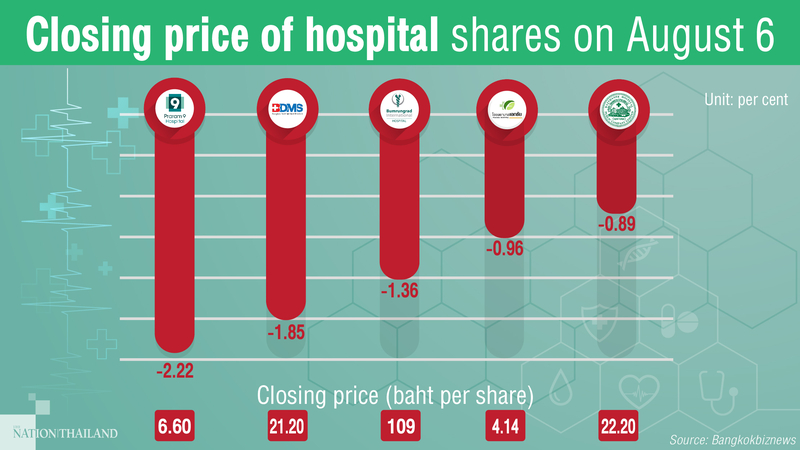 The price of hospital shares dropped sharply due to uncertainty among investors over weak second-quarter performance after Bumrungrad Hospital's profit dropped by 93.9 per cent to Bt44.42 million from the same period of the previous year at Bt724 million.

Suwat Wattanapornprom, director of Asia Plus Securities's research department, expected the profit of other hospitals to take as big a hit as BH, especially hospitals that get a lot of foreign patients because the number of these patients have dropped significantly due to the Covid-19 fallout that has resulted in countries' lockdowns and travel restrictions.

"We expect hospitals' second-quarter performance to be the worst this year because the Covid-19 situation in the country began to ease, while some countries began to lift lockdown measures," he said.

He added that the securities company had cut BH's profit forecast for this year by approximately 30 per cent to Bt1.6 billion from the previous forecast of Bt2.3 billion because the hospital's second-quarter profit was worse than expected.

"We weighted investment in hospital shares same as the market," he added.

"We expect hospitals' performance to recover by the third quarter of this year because the number of domestic and foreign patients is expected to increase," she said.