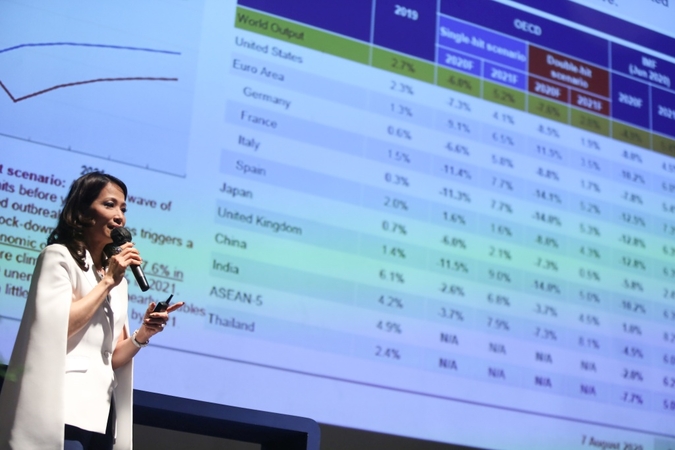 WHA Corporation Pcl is preparing to apply digital technology to its business operations to cope with the changing normal standards and the uncertainty of the Thai economy, the company's CEO and chairwoman, Jareeporn Jarukornsakul, said.

During the seminar "Turning Crisis into Opportunities: Digital Transformation for CEOs" held recently, Jareeporn said: “Digital transformation is a necessity that must be employed along with the business and people development. As an operator of industrial estates and a logistics provider, WHA is planning to use 5G technology and artificial intelligence in our data centre to serve customer needs as increasing numbers of customers are switching to remote operations to overcome geographical limitations.”

“AI technology will also help improve the efficiency of the company’s smart logistics platform that will help boost Thailand’s e-commerce industry, which is now responsible for 19.6 per cent of GDP, even further,” she added.

Jareeporn added that WHA is also planning to deploy a smart grid system in 100 per cent of industrial estates under its administration, which will be the first operator in Thailand to do so. “We have recently signed an MoU [memorandum of understanding] with the Provincial Electricity Authority [PEA], which will enable our industrial estate customers to buy electricity at lower price and sell excessive electricity directly to PEA’s grid for additional income,” she added.

When asked about the new Cabinet members announced recently, Jareeporn said that WHA is confident the new ministers will help strengthen the government’s effort in developing the Eastern Economic Corridor, which is the company’s target area.

“The new Finance Minister, Predee Daochai, and the new Industry Minister, Supattanapong Punmeechaow, both have extensive experience in their fields and have been working on EEC projects before, therefore key projects should be able to continue seamlessly,” she added.

Jareeporn added that the EEC was currently the strongest selling point of Thailand as an alternative to China where many companies are migrating out of to avoid the impact of the trade war with the US. “We need to push forward with the development of EEC projects as much as possible, or risk being surpassed by Vietnam as a better alternative in the next five years,” she warned.