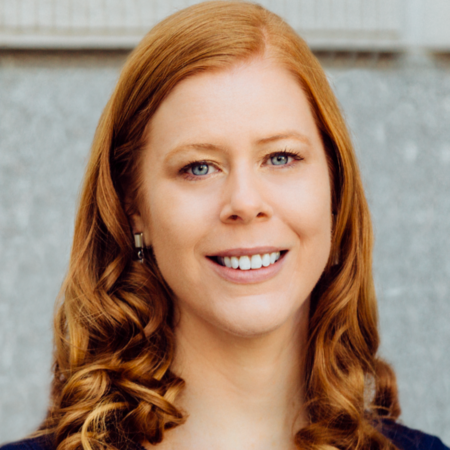 President Donald Trump took the unusual - and controversial - step Saturday of attempting to provide additional economic relief to millions of Americans on his own, without the approval of Congress.

At his golf club in Bedminster, N.J., Trump announced he was postponing payroll taxes through the end of the year, extending the unemployment "bonus" at $400 a week (down from $600), helping people "stay in their homes" and waiving student debt payments through the end of 2020. The details, however, are not as generous as he made them sound.

He is ordering a payroll tax deferral, not a cut, meaning the taxes won't be collected for a while but they will still be due at a later date. On housing, he instructs key officials to "consider" whether there should be a ban on evictions. He also insists that state governments pick up the tab for some of the unemployment aid.

It is likely Trump will face a legal challenge over these actions. The U.S. Constitution gives Congress the power of the purse. Any changes to taxes or spending are supposed to come from Congress.

Here's a rundown of what Trump actually did. He says he signed four "executive orders," but in reality, only the one on housing is an actual executive order. The other three actions are marked as "memorandum," which carries less heft.

1. He delays payroll tax collection for those making under $104,000

Trump instructs the U.S. Treasury to halt collection of payroll taxes from Sept. 1 through Dec. 31 for workers who earn under less than $4,000 every two weeks (that's people earning under about $104,000 a year).

This will feel like a tax cut for a few weeks because workers will end up with larger paychecks while the tax is not collected. But it is technically a tax deferral, meaning the taxes will still be due at a later date.

The president called on Congress (and presumptive Democratic presidential nominee Joe Biden) to make the tax deferral a permanent tax cut, but Trump is acknowledging he does not have the power to cut taxes on his own. That would take action from Congress.

Congress already deferred most employer payroll taxes for the rest of 2020, so Trump is now attempting to defer workers' payroll taxes. This relief only applies to people who are working and collecting a paycheck, and it is only temporary since the taxes must still be paid. If the taxes were not repaid, it would lower the funds in the Social Security Trust Fund.

The United States currently has more than 30 million people on unemployment aid. They had been receiving an extra $600 a week from the federal government on top of their state aid (which averaged $330 a week), but Congress set the federal funding expire at the end of July. Democrats want to continue at the $600 a week level. Republicans proposed $200. They have yet to agree.

Trump's memo calls for federal aid to restart at a level of $400 a week. But there's a catch: The federal government is only paying for $300 of that. States have to kick in the other $100. Many states are currently cash-strapped as they fight the coronavirus, and there's concern governors won't sign on to do this.

There are also a lot of legal questions about the money Trump is attempting to use to pay for this. He calls for $44 billion of funding from the Department of Homeland Security's Disaster Relief Fund that is normally used for hurricanes, tornadoes and massive fires to be shifted over to unemployment.

"The basic notion here is the president is rejecting Congress's power of the purse," said David Super, a constitutional law expert at Georgetown Law. "That is something nobody who cares about separation of powers can let slide, even if they like what the money is being spent on."

Trump's memo orders the aid to last through Dec. 6 or until funding runs out. But on top of legal questions, $44 billion would cover less than five weeks of payments for 30 million unemployed Americans. That isn't enough money to make it to October, unless the number of people on unemployment falls dramatically.

The United States has about 110 million renters, and many have been hit hard by the layoffs in retail, restaurants and hospitality during the pandemic. Trump's executive order does little to help them.

Trump has said many times in recent days he wants to prevent evictions, but his latest executive order does not ban evictions. Instead, Trump calls for Health and Human Services Secretary Alex Azar and Centers for Disease Control and Prevention Director Robert Redfield to "consider" whether an eviction ban is needed.

Trump also didn't provide any more money to help renters. The executive order calls only for Treasury Secretary Steven Mnuchin and Housing and Urban Development Secretary Ben Carson to see if they can find any more funds to help out. It doesn't promise more aid.

Many housing advocates and landlords were surprised Trump didn't do more to help renters. The federal government owns the vast majority of mortgages in the nation through Fannie Mae, Freddie Mac and other entities. Back in March, Congress passed a federal moratorium preventing many evictions, but it expired on July 24. That moratorium covered all renters living in places that had a federally owned mortgage. Many thought Trump likely did have the authority to extend at least that eviction ban, but he did chose not to do so.

There could be 30 million to 40 million renters at risk of eviction in the coming months, according to report last week by a group of housing advocates and researchers. That compares with an average of 3.6 million evictions a year before the coronavirus pandemic.

Trump's final memo waives all interest on student loans held by the federal government through the end of 2020 and allows people to delay payments until Dec. 31.

The Education Department does have the authority to defer or even cancel student loan payments to the federal government, says Alexis Goldstein of Americans for Financial Reform.

Trump used this authority to temporarily cancel interest payments, which helps relieve the financial burden on millions of Americans. But the debt is not canceled forever. Principal payments are due on Dec. 31 and full payments are slated to restart Jan. 1.

There will likely be court challenges to Trump's actions this weekend, making it unclear how quickly any money would reach the unemployed. On top of that, it's unclear how many states will want to participate in this enhanced unemployment program or how many companies will want to suspend payroll taxes for employees only to have to pay them in 2021.

Overall, this a limited action. It still would take a deal between Republicans and Democrats to pass a broad economic aid package that would substantially address the needs of small businesses, renters, unemployed workers and more.