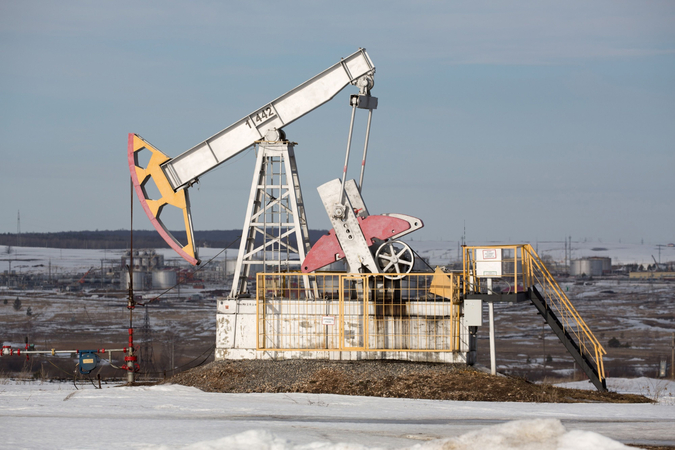 Oil surged as signals from Washington pointed to the growing likelihood for an economic stimulus deal that could boost consumption.

"The big thing today is progress on the executive orders," said Phil Flynn, senior market analyst at Price Futures Group Inc. "At least there will be more money in the economy from that and that should give us a little bit of a boost."

Oil is on the precipice of breaking through the top end of the range where it's been stalling for months, but remains weighed down by the coronavirus pandemic flareup that's casting doubt on a sustained economic rebound. Adding to the price pressure, the OPEC+ alliance is unleashing crude back onto the market this month following historic output cuts.

"For now, oil continues to fluctuate in a narrow band," searching for a catalyst to break out, said Harry Tchilinguirian, head of commodity markets strategy at BNP Paribas SA. "It looks like oil is in for another week of trading sideways."

Yet, in a sign of recovering consumption, the quantity of commercial flights around the world rose almost 6% in the seven days to Sunday, according to FlightRadar24 data. The average number of 67,000 planes in the sky was still far below the more than 100,000 pre-Covid.

"We are seeing a partial recovery in the energy market as countries around the world take steps to ease restrictions and reboot their economies," Nasser said.

Still, there are lingering concerns over the pace of the recovery. The 3-2-1 refining margin for combined gasoline and diesel against U.S. WTI -- a rough profit gauge for processing a barrel of crude -- was at its weakest level since June on Friday before rebounding slightly Monday.