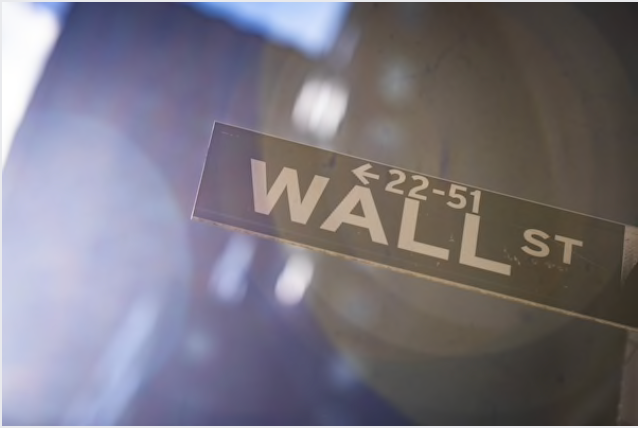 The S&P 500 fell less than 0.1% after fluctuating near all-time highs for much of the day, with utilities and health care leading the declines and energy shares finishing higher. The Dow Jones industrial average edged 0.1% higher in the last moments of trading and the Nasdaq Composite ended in the red. Trading volume was about 10% below the 30-day average. The dollar weakened after the value of retail purchases increased 1.2% from the prior month and a separate report showed consumer sentiment remained weak.

"The service sector is trying to recover, but it is nowhere near pre-COVID levels," said David Wagner, a portfolio manager at Aptus Capital Advisors. "The U.S. economy is continuing to heal, but in an uneven fashion based on some of the recent economic data. All eyes remain on D.C. for a resolution on the fiscal stimulus situation."

The Stoxx Europe 600 Index sank after Britain added France, the Netherlands and Malta to its list of countries from which people arriving have to quarantine for 14 days.

Traders continue to bank on further fiscal stimulus to help the nascent recovery even as negotiations over a new coronavirus relief plan remain at a standstill.

"It appears the hopes of a fiscal stimulus deal being reached in August have gone from slim to none over the past few days -- but investors are still assuming that a $1.5 trillion package will come in September," said Yousef Abbasi's, global market strategist at StoneX. "It does appear that the executive orders signed by President Donald Trump last weekend have given Congress an excuse to pack it in for August with hopes that a fiscal stimulus deal will be sorted in September."

On the virus front, Joe Biden said U.S. governors should require masks for the next three months, while New Zealand recorded 12 new confirmed local cases of the coronavirus. Germany added the most new cases since May, while the head of the French Health Agency Jerome Salomon said the situation in his country is worsening.

The Japanese yen strengthened 0.3% to 106.60 per dollar, the first advance in more than a week and the largest climb in more than two weeks.

The yield on 10-year Treasurys dipped one basis point to 0.71%, the first retreat in more than a week.

The yield on 30-year Treasurys gained two basis points to 1.45%, hitting the highest in more than seven weeks with its sixth straight advance.