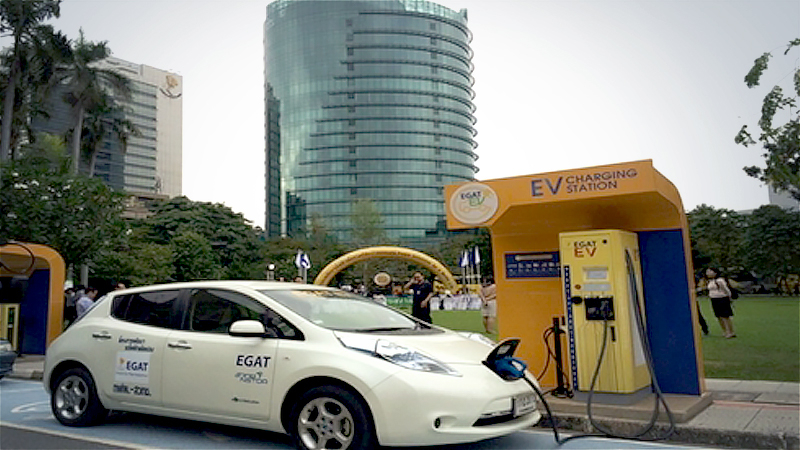 The Energy Ministry plans to have up to 1.2 million electric vehicles plying the roads by 2030 and is laying the foundation for infrastructure and battery development.

Wattanapong Kurovat, chief of the Energy Policy and Planning Office, said the ministry was sticking by its goal of 1.2 million EV cars by 2030 as other facilities such as charging stations, electric system and EV car technology were being developed including plans on reducing energy consumption.

He said the office was also studying the option of EV users selling extra energy from their batteries to the national power grid, which will help strengthen the country’s electricity security.

Somphot Ahunai, president of the energy firm, Energy Absolute, said promoting the use of electric vehicles should be done systematically, starting with creating a demand by reducing the price barrier and installing some 2,000 charging stations 50 kilometres apart nationwide.

He said the government can pilot EVs in public transport, taxis and government cars first. When demand rises, it will result in automakers, battery manufacturers and makers of EV parts basing themselves in Thailand and ultimately turning it into an EV hub in Asean.