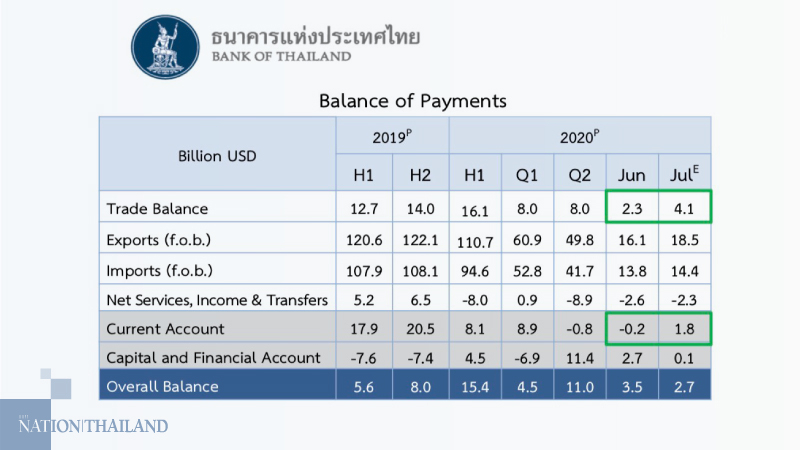 The threat of a second-wave of Covid-19 infections may delay economic recovery despite latest indicators showing signs of improvement, the central bank said.

Though the economy was better than expected in June and July, it is too early to predict that it will do better than the estimated 8.1 per cent contraction, due of the threat of a second-wave of infections, said Don Nakornthab, senior director of the Bank of Thailand. 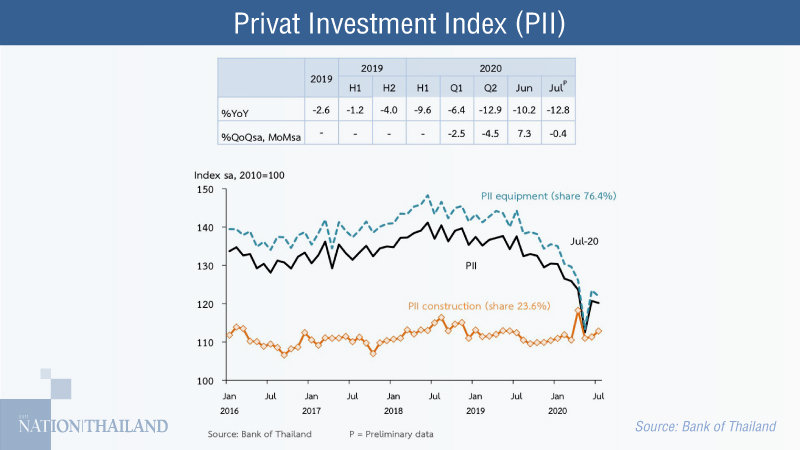 There has been a recent spike in new cases in several Asean countries, while Thailand is imposing more restrictions on border crossings.

Tourist arrivals is expected to be lower than the 8 million initially forecast for this year, he said, pointing out that there have been only 6.7 million arrivals this year. Recovery of the tourism sector is expected to be delayed until next year. The central bank believes there will be 16 million tourists next year, though the Tourism and Sports Ministry has only predicted 12 million.

He said the best way to deal with this downturn is for the government and the public to learn how to live with Covid-19. He said Thailand should open to tourists and business activity should resume if there are no more than 20 new cases in the country.

Economic indicators in July showed continued recovery from June, while public and state enterprise spending expanded 50 per cent and 17.2 per cent respectively.

Meanwhile, consumer spending only contracted by 0.1 per cent in July, far better than the 4.5 contraction in June. Exports also did slightly better, dropping 11.9 per cent compared to the 24.6 per cent fall in June.

However, private investment dropped further to 12.8 per cent in July compared to the 10.2 per cent drop in the previous month. Thailand’s manufacturing sector has gone beyond its capacity, especially in terms of machinery and parts.

The labour market, meanwhile, remains fragile and has shown few signs of improvement. So far, 27 per cent of workers who have lost their jobs have put in for unemployment benefits with the social security system.

Don said that though there is a large number of people who are still employed, their income has dropped drastically and measures should be put in place to look after them.

Meanwhile, the country’s economic stability is solid. The country’s current account deficit worth US$247 million in June turned into a $1.8-billion surplus in July thanks to the export of gold. If gold exports are not included, the surplus was $300 million, because capital began flowing back into the Kingdom.

The Thai currency weakened in July but rebounded in August. Headline inflation remained in the negative territory, but at the smaller figure of minus 0.98 per cent in July, which is a good sign as it indicates that the deflation threat has weakened.

He added that the negative inflation rate will be a lower due to rising oil prices and economic recovery.