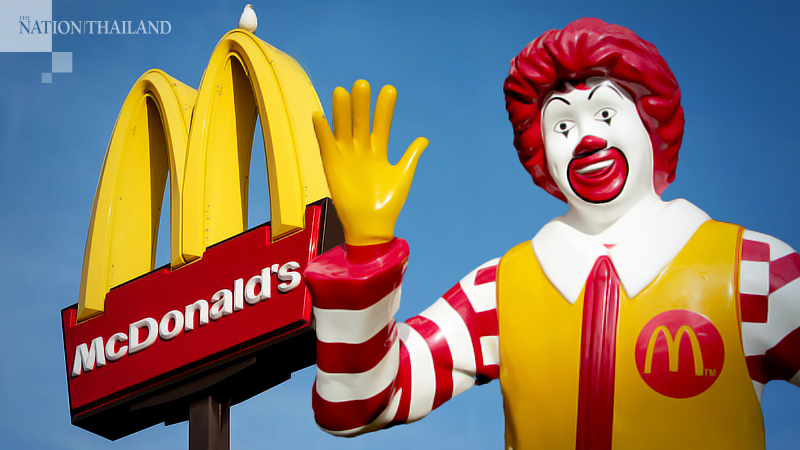 More than four dozen former franchise owners, all Black, have accused McDonald's of "systematic and covert racial discrimination" and of setting them up to fail, despite the company's public commitment to racial equality.

In a federal lawsuit filed late Monday, the 52 plaintiffs allege the company intentionally placed their restaurants in economically depressed and high-crime locations that had higher operating costs, frequent employee turnover and lower sales. The conditions positioned them for lower profits and failure - a "financial suicide mission" - the lawsuit said.

The plaintiffs, whose franchises date to 1981 and who left the company within the past decade, also allege that McDonald's retaliated against Black franchisees who rejected being placed in high-crime communities; denied them financial support and assistance often afforded to White franchise owners; unfairly graded Black-owned operations, which led to poor internal reviews and pushed out those franchisees; and misled Black entrepreneurs into purchasing franchises in challenging locations.

McDonald's denied the allegations, saying they "fly in the face of everything we stand for as an organization and as a partner to communities and small business owners around the world."

"Not only do we categorically deny the allegations that these franchisees were unable to succeed because of any form of discrimination by McDonald's, we are confident that the facts will show how committed we are to the diversity and equal opportunity of the McDonald's System, including across our franchisees, suppliers and employees," the company said in an emailed statement.

McDonald's is among the corporate giants that pledged to play a bigger role in combating systemic racism following the death of George Floyd, a Black man who was killed May 25 in police custody in Minneapolis. The ensuing protests galvanized a national moment amid a pandemic that has taken an outsize toll on Black Americans. At the end of July, McDonald's updated its corporate values with a statement of commitment to diversity and inclusion, including plans to attract and recruit "diverse franchisees," without defining the terms of diversity.

James Ferraro, the Florida-based lawyer representing the plaintiffs, said the "notion that McDonald's is a friend of the Black entrepreneur is complete fiction," according to a news release. "McDonald's has been hemorrhaging Black franchisees for decades due to blatant and implicit racial discrimination. The company will now be held accountable."

The plaintiffs are seeking compensatory damages from $4 million to $5 million per store for the more than 200 locations operated by the former franchisees. The complaint, which seeks a jury trial, was filed in the U.S. District Court for the Northern District of Illinois Eastern Division, where McDonald's is based. The plaintiffs operated franchises in Alabama, Florida, Georgia, Illinois, Indiana, Iowa, Michigan, Mississippi, Missouri, Nevada, New Jersey, New York, North Carolina, Ohio, Oklahoma, Pennsylvania, Tennessee, Texas and Virginia, according to the complaint.

"The world will soon see how these 52 people of color risked everything on the Golden Arches only to be kept down, marginalized and driven to ruin," Ferraro said. "Black lives matter on the streets, in our communities and they matter in Corporate America."

McDonald's said in its statement that it places Black franchisees in all types of communities and denied allegations that it forces franchise owners into underperforming markets or that franchisees do not have a say in what locations they purchase. The company also contends it treats Black franchisees no differently from other franchisees and does not offer less financial support.

In a video sent to McDonald's employees and suppliers, chief executive Chris Kempczinski said the company focuses on recruiting franchisees and suppliers from diverse backgrounds.

"Based upon our review, we disagree with the claims in this lawsuit and we intend to strongly defend against it," Kempczinski said. "But I think it's important in moments like this to remind ourselves what we do stand for. And as CEO, that's a tone I intend to continuously set from the top. McDonald's stands for diversity, equity and inclusion. I'm proud of the work we've done as a company to foster entrepreneurship, economic growth and mobility."

McDonald's also is in the midst of a legal fight with its former chief executive, Steve Easterbrook, who was fired in November for violating corporate policy that forbids managers from having relationships with subordinates. Last month, the company filed a lawsuit to recover Easterbrook's multimillion-dollar exit package, alleging that he lied about having multiple affairs with employees and covered up the evidence, according to a regulatory filing.