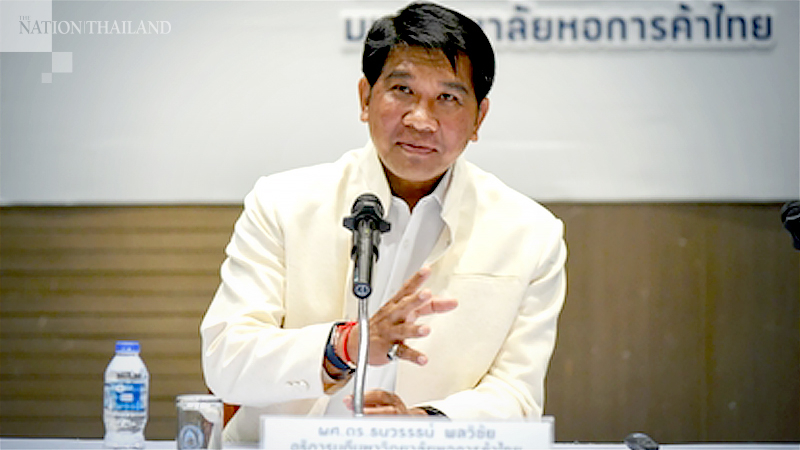 Thanavat Phonvichai, president of the University of the Thai Chamber of Commerce (UTCC)

The government's plan to hand out payments of Bt3,000 to 15 million people will boost economic growth in the fourth quarter by an estimated 1-1.5 per cent, according to Thanavat Phonvichai, president of the University of the Thai Chamber of Commerce (UTCC).

The government has yet to finalise details of the scheme, which is among its new measures to lift the coronavirus-battered economy.

Thanavat said the UTCC expected the Thai economy to contract between 6.5 per cent and 8.5 per cent, less than the previous UTCC forecast of 8-10 per cent contraction.

He predicted the economy will post little or zero growth in the first quarter next year before climbing into positive territory in the second quarter if there is no second wave of Covid-19 or severe political tension.