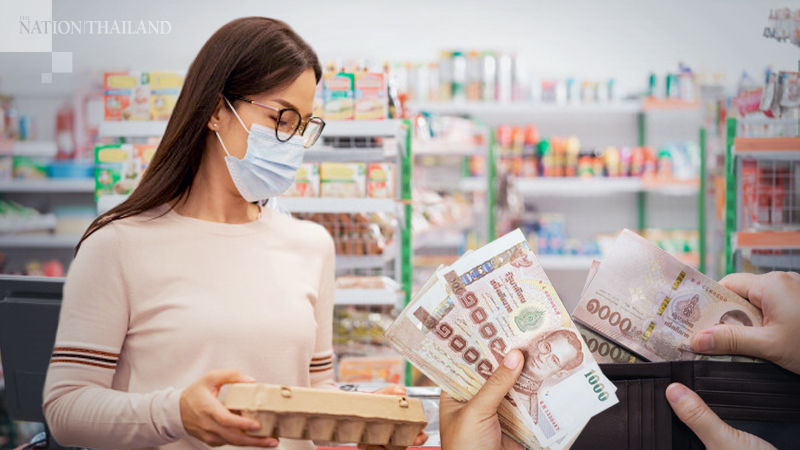 The government will this week consider measures to increase the purchasing power of low-income groups and support small businesses.

Lavaron Sansnit, the director-general of the Fiscal Policy Office, said on Sunday that the Finance Ministry would urge the government’s centre for economic situation administration to approve the latest stimulus measures on Wednesday or Thursday.

Earlier, the government had said that it planned to spend Bt45 billion to boost consumption among grass roots people and support small businesses.

The Finance Ministry is working out details of the shopping stimulus. The government will support half of the daily consumption spending by low-income groups. The measure is expected to be implemented from October to December.

“We want to support as many people as possible, and people are expected to be invited to register for the scheme soon. The measure is aimed at supporting daily spending and reducing the cost of living; it is not a one-time spending on big items,” he clarified.

The concept is that each person will get about Bt3,000 from the government to partially pay for consumer daily spending with their own money, and consumers have to spend the money at small shops, as the government wants to support small businesses, he said.

Meanwhile, Anusorn Tamajai, an economist at Rangsit University, suggested that the government target low-income and small businesses, because shopping stimulus packages in the past had mostly benefited large businesses.

Each cardholder may receive grants of about Bt2,500 to Bt5,000 cash handout or credit transferred to e-wallet, he said.

If the government spends Bt45 billion, then it would increase transactions in the market to Bt180 billion to Bt270 billion,  boosting economy growth by 0.3 percentage point.

The Bank of Thailand has forecast that the economy will shrink by 8.1 per cent this year due largely to the fallout from Covid-19. More workers are expected to be laid off if economic recovery is delayed by the threat of a second wave of infections.

Anusorn said the United Kingdom's Brexit deal will also affect Thailand’s export. Currently Thailand’s exports to Britain are worth about US$4 billion annually, representing 1.3 to 1.4 per cent of total exports.

The trade talk tensions between the EU and Britain have worried investors that it may lead to a no-Brexit deal when deadline is reached in December this year.

If there is no deal, Britain will allow 60 per cent of imported goods to have no tariffs in line with World Trade Organisation rules. If so, about 50 to 60 per cent of Thai products to Britain would have a lower tariff burden. These products would cover dog and cat foods, equipments to receive electronic signals, and jewellery, he added.