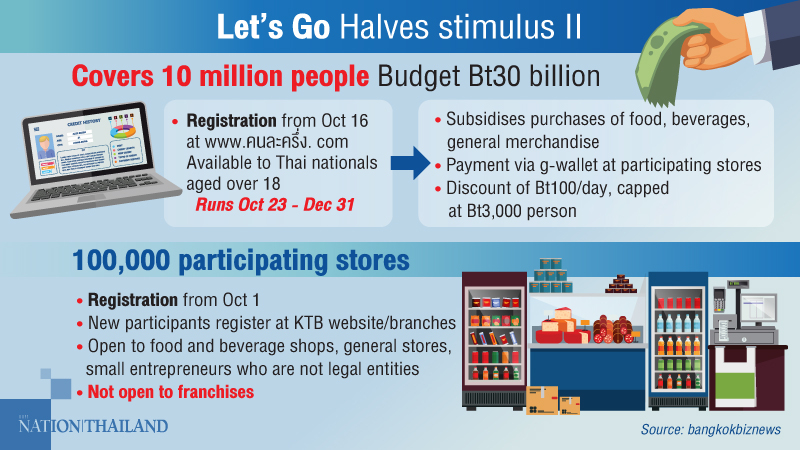 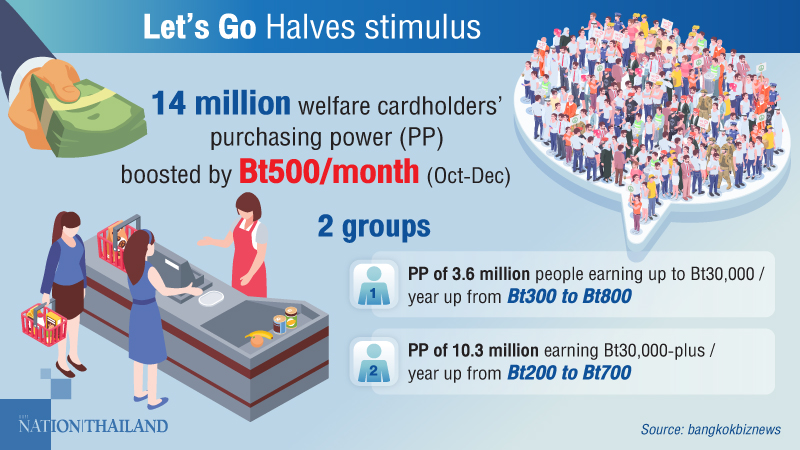 In the first scheme, 14 million welfare cardholders will receive an extra monthly discount of Bt500 from October to December on their shopping. The budget for this scheme is Bt21 billion.

Meanwhile, under the “Kon La Khreung” (Let’s Go Halves) scheme, 10 million people will get daily discounts of up to B100 on food, beverages and household essentials (not including alcohol, tobacco or lottery tickets). The subsidy is capped at Bt,3000 per person. Thai citizens aged 18 or over can register online.

A CESA meeting chaired by PM Prayut Chan-o-cha agreed on the Bt51-billion budget to maintain domestic consumption and increase purchasing power for low-income groups and the general public, as proposed by the Finance Ministry.

The budget will be allocated from the government’s Bt400 billion recovery loan and proposed to the Cabinet on September 22, with registration scheduled to open on October 16.

About 100,000 small stores and street vendors are expected to participate.