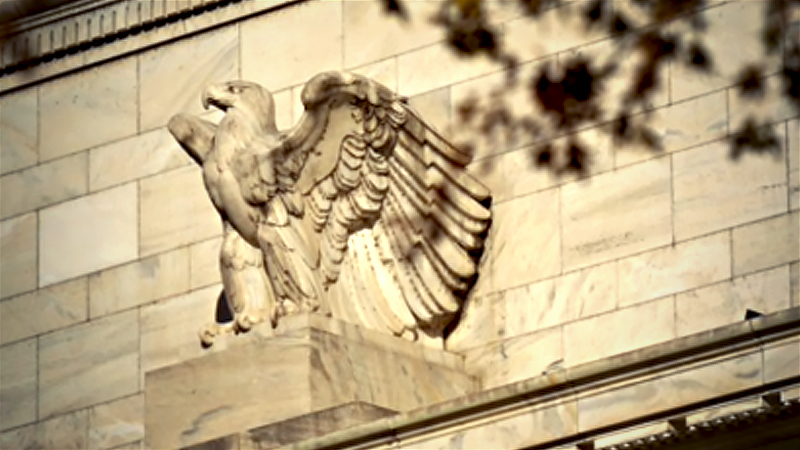 WASHINGTON - Federal Reserve leaders predict that unemployment will fall to 7.6% by the end of this year, and to 5.5% by the end of 2021, even as much about the path of the virus and its influence over the economic recovery remain unknown.

As the Fed concluded two days of policy meetings on Wednesday, the projections suggest Fed leaders are growing more optimistic about the recovery than they were earlier this summer. By 2023, policymakers' projections put the unemployment rate at 4%.

"The recovery has progressed more quickly than generally expected. Even so, overall activity remains well below, and the path ahead remains highly uncertain," Chairman Jerome Powell said at a news conference.

At the same time, Fed officials signaled the benchmark interest rate could stay at or near zero through 2023. The Fed also said it would increase holdings of Treasury securities and agency mortgage-backed securities at the current pace. Fed leaders say these moves have staved off an even deeper financial crisis.

"We think our stance is appropriate today, and with this very strong powerful forward guidance...rates will remain highly accommodative unless we are very far along in our recovery," Powell said. "Right now we think our policy support is enough to support the expansion."

Policymakers' estimates for how far GDP would fall this year also improved. Officials now predict a decline of 3.7% by the end of the year, compared to June expectations of a 6.5% drop.

"The COVID-19 pandemic is causing tremendous human and economic hardship across the United States and around the world," policy makers said in a statement released Wednesday. "Economic activity and employment have picked up in recent months but remain well below their levels at the beginning of the year."

The projections, which are completed anonymously by Fed policymakers, offer a snapshot into how Fed leaders think unemployment will trend in the years to come. But there is plenty the estimates do not account for.

For example, economists and policymakers fear that the upcoming flu season, paired with a potential rise in coronavirus cases, could weigh on the broader recovery. Congress is also stalled on another massive stimulus bill, so the projections don't factor in what the economic benefits of a rescue package might be, or how the absence of more aid could weigh on struggling households and businesses.

At the news conference, Powell said that his "sense is more fiscal support is likely to be needed." Powell said that Congress's relief through the Cares Act, including the now-expired $600 enhanced unemployment benefits, "has been essential" and warned of the hazards of cutting off all aid prematurely.

"If there's no additional support...that's going to show up in economic activity, and in things like evictions and foreclosures and things that will scar and damage the economy," Powell said. "That's a downside risk. I think the questions [of another stimulus bill] of when and how much and what will be the content - and no one has any certainty around that. If we don't get that, there would certainly be downside risks."

The Fed, for its part, can lend to struggling businesses and local governments, as it is doing through two of its emergency programs. But the Fed cannot offer grants. Powell noted that for many businesses in need of relief, "getting a loan that may be difficult to repay may not be the answer."

"In these cases, direct fiscal support may be needed," Powell said.

Fed policymakers expect rates to remain at zero "until labor market conditions have reached levels consistent with the Committee's assessments of maximum employment and inflation has risen to 2 percent and is on track to moderately exceed 2 percent for some time," according to the statement.

That's due to the scale of the current crisis and the Fed's new policy framework, which signals that the central bank won't increase interest rates to respond to low levels of unemployment, and that leaders won't worry as much about low rates triggering a rise in prices. Still, the Fed has offered little concrete information on how the new framework will be put into practice.

The framework also allows for a temporary overshoot of the Fed's 2 percent inflation target to balance out periods when inflation skirted below. According to the latest projections, officials did not see inflation topping 2 percent by the end of 2023, raising further questions about how the Fed expects prices to rise in such a way that the new strategy is put to the test.

The economy added 1.4 million jobs in August, an encouraging sign that people were able to go back to work after Powell warned that a summer surge in coronavirus cases was starting to slow the pace of the recovery. The auto and residential real estate sector have also posted strong sales. And retail sales figures released Wednesday showed positive signs for consumer spending.

But there's a long way to go. Just over half of the 22 million total jobs lost between February and April have not returned. Many of the Fed's interventions lift the stock market but do little for Americans who don't hold investments. And as more time passes, many businesses teetering on the brink risk permanent closure.