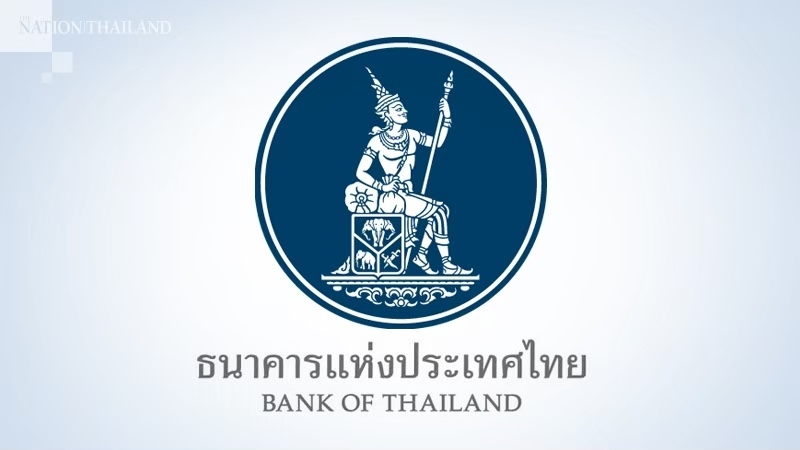 The Bank of Thailand's last meeting under the incumbent governor is being held on Wednesday, with the central bank widely expected to keep rates on hold.

Record low interest rates, rising commodity prices and improved mobility data have been buoying expectations of a recovery across emerging markets even as investors cast a wary eye toward November's U.S. presidential election.

Yet for all those plus points - and any small boost provided by a gentler geopolitical backdrop - it's rate differentials that are sustaining much of the investor demand. Bond funds last week extended their longest streak of inflows since a 12-week run in the fourth quarter of 2017, according to EPFR Global, with China bond funds attracting "above-average" interest.

"Even though policy rates in emerging markets have come down a lot, many of them show meaningful relative interest-rate advantages versus the dollar now, despite benign inflation," said Morgan Harting, a New York-based money manager at AllianceBernstein who oversees about $2.8 billion. "This could support ongoing capital flows to emerging markets, which would generally be good for stocks and bonds."

The MSCI currency index climbed for a fourth week in the five days through Friday, the best run since January. Domestic bonds clocked up their biggest gains since June, while a gauge of stocks rose the most since early June relative to the S&P 500 Index, untroubled by a retreat in U.S. technology shares.

For all the optimism, the evidence of recovery has been uneven, suggesting a protracted return to levels of economic activity recorded before the covid-19 pandemic and the resulting lockdowns. While China has rebounded, other nations such as South Africa, India and Turkey have lagged behind.

"The area where the pace of recovery has remained weak is the emerging economies outside China, which account for roughly 25% of global nominal dollar GDP," Chetan Ahya, chief economist at Morgan Stanley in New York, wrote in a report Sunday. "While the emerging-markets-ex-China recovery has been relatively weak and some of these economies also face structural challenges, we think that the cyclical outlook for the group will improve from the first half of 2021."

Emerging markets looked poised to enjoy a fresh tailwind Monday after President Donald Trump's weekend approval of Oracle's bid for the American operations of TikTok - a move that might have taken some of the heat out of Washington's standoff with Beijing. That was before a report on bank allegations and signs that London is heading for a second virus-induced lockdown triggered a fresh bout of risk-aversion.

Declines in the South African rand and Mexican peso put the MSCI currency index on course for its biggest retreat in more than four weeks, while almost every major stock market in Asia and the Europe, Middle East and Africa region fell. The premium investors demand to hold emerging-market dollar bonds instead of Treasuries widened 3 basis points, according to a JPMorgan Chase & Co. index.

The slowing of the rate-cutting trend among developing-market central banks looks set to continue in the coming week, following the hold decisions from Brazil, South Africa, Russia, Taiwan and Indonesia last week. Policy makers in China, Hungary, Thailand, Egypt, Colombia, Nigeria, Turkey and the Czech Republic are among those due to meet over the next five days.

Of these, Turkey's decision may be the closest watched as the central bank struggles to shore up the lira while avoiding an outright rate increase that would defy President Recep Tayyip Erdogan's calls to cut borrowing costs.

- Mexican policy makers are expected to lower interest rates by 25 basis points to 4.25% on Thursday, breaking from the pattern of half-point cuts in previous meetings, according to economists surveyed by Bloomberg.

Traders will also watch retail sales figures for July, to be posted on Wednesday, for signs of how the pandemic is affecting household demand.

On Friday, a reading of the nation's economic activity index for July will probably show a decline from a year earlier.

Since the end of June, the Mexican peso has strengthened almost 10% against the dollar, the best performance among about 140 currencies tracked by Bloomberg. The peso has also delivered the No. 1 carry trade return.

- Colombia's central bank will probably trim its key interest rate by 25 basis points on Friday to 1.75%, which would be the lowest on record.

Bloomberg Economics expects policy makers to reiterate that the end of the easing cycle is close while keeping the door open for more cuts.

The Colombian peso has underperformed most of its Latin American peers this month.

- Most economists surveyed by Bloomberg expect Turkey's central bank to hold the benchmark repo rate at 8.25% for a fourth month on Thursday2.

- The lira has lost more than a quarter of its value against the dollar since December, and is on track for an eighth annual depreciation. The currency is trading at all-time lows against both the dollar and the euro. For now though, the central bank has resisted calls for an outright rate hike and is resorting to stealth tightening instead by pushing up the weighted-average cost of funding.

-Yet the monetary authority is coming under pressure from investors to reverse an easing cycle this year that's pushed annual borrowing costs below inflation.

-The central bank will raise the upper bound of its interest-rate corridor while keeping benchmark borrowing costs on hold, according to Goldman Sachs Group.

"The go-slow approach to easing suggests the authorities may be satisfied with the pace of economic recovery so far and the strong credit expansion since the second quarter," Bloomberg Economics said in a report.

Industrial profits due on Sept. 27 are expected to continue their rebound.

The yuan is one of the best-performing currencies in emerging Asia this month, helped by better-than-forecast economic data and fading trade-war concerns.

Hungary's central bank will probably leave its policy rate unchanged at 0.6% on Tuesday, according to the median of economist estimates in a Bloomberg survey.

The forint's depreciation against the euro since the beginning of August has added to concerns about price pressures.

- On Tuesday, Nigeria's central bank is seen leaving its benchmark rate unchanged at 12.5% for a second consecutive meeting.

- Egypt's central bank will likely hold rates on Thursday even with inflation at its lowest in nearly a year, after cutting by 450 basis points in 2019 and another 300 in a mid-March emergency session.

While the pandemic cut into some of Egypt's main sources of hard currency, such as tourism and remittances, and spurred capital outflows from March to May, investors began returning in June after the country secured financing from the International Monetary Fund.

The Czech central bank will stand pat on Wednesday, after cutting interest rates the most in the European Union this year. It should keep the benchmark at 0.25% for at least a year before considering raising it, Deputy Governor Tomas Nidetzky said in an interview last week.

- The Bank of Thailand's last meeting under the incumbent governor is being held on Wednesday, with the central bank widely expected to keep rates on hold.

Investors will eye the minutes of Brazil's September central bank meeting, to be released on Tuesday, for more details on a plan to hold interest rates at record lows for the foreseeable future.

Bi-weekly CPI figures on Wednesday will also help give traders a fresh assessment on inflation. On Thursday, policy makers will release their quarterly inflation report. The real is the worst-performing currency in the developing markets this year.

- FTSE Russell is due to announce the results of a fixed-income review on Thursday, with investors expecting some Chinese debt to be included in the World Government Bonds Index (WGBI). While the short-term boost to the yuan might be limited, the longer-term implications are positive.

Inclusion could prompt USD140b worth of index-related inflows over a 20-month period, following a one-year grace period, according to Goldman Sachs.

Other Data and Events

- South Korea's consumer confidence data for September are due on Friday. The Korean won was Asia's best-performing currency last week.

- Taiwan's August export orders, due on Monday, may show a continued recovery from a year earlier. Industrial production numbers will be released on Wednesday.

The Taiwan dollar broke free of the central bank's grip last week, and may have further to run, based on past performance.

Thailand's trade figures for August are due on Wednesday. Investors may be alert to a rise in political tension, with Thailand's anti-government protesters calling for a general strike next month as the movement challenges long-held taboos including questioning the monarchy's powers

- Malaysia's August CPI, due on Wednesday, is forecast to show continued deflation.

Malaysian bonds, the best performers in Asia this quarter, now face challenges, including the dimming prospect of another interest-rate cut.

The central bank publishes minutes from its last meeting on Thursday, followed on Friday by Fitch's update on Poland's credit rating