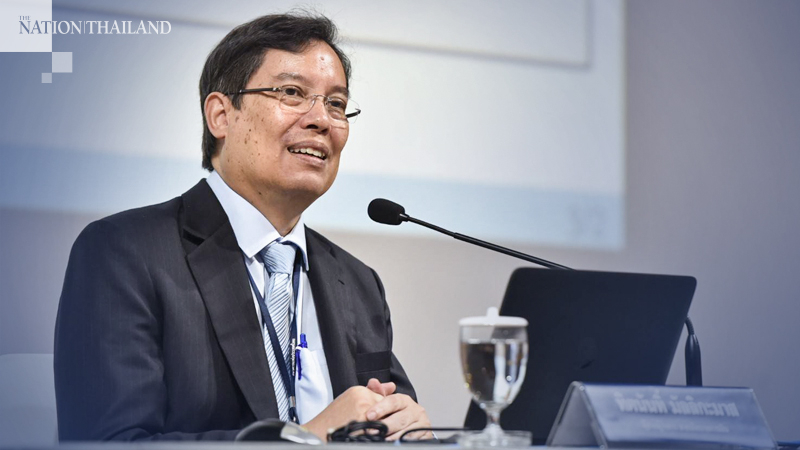 The Bank of Thailand (BOT)’s Monetary Policy Committee (MPC) voted unanimously to maintain the policy rate at 0.50 per cent on Wednesday.

The committee assessed that the Thai economy in 2020 would contract 7.8 per cent, slightly less than the 8.1 per cent previous forecast, but would expand in 2021 at a lower rate than previously predicted mainly due to slow recovery of foreign tourist figures, according to MPC secretary Titanun Mallikamas.

The MPC would also monitor risks of a second wave of Covid-19.

Headline inflation this year would be lower than previously predicted and would rise gradually in 2021, it said. However, it added that financial stability was more vulnerable given the economic outlook.

The committee viewed that the extra accommodative monetary policy since the beginning of the year and additional fiscal, financial, and credit measures had helped alleviate adverse impacts. They would also support economic recovery after the pandemic subsided, facilitate the return of inflation to the target, and reduce financial stability risks. The committee thus voted to maintain the policy rate.

It also viewed that financial institutions should speed up debt restructuring for households and businesses to have a more meaningful impact.

Domestic demand, both private consumption and private investment, were expected to improve somewhat while the labour market remained fragile.

The MPC saw employment and household incomes as still weak and in need of time to recover, which would result in falling ability to service household debt, which would affect private consumption in the period ahead.

Overall economic activities would take at least two years before recovering to the pre-pandemic level, though the recovery would vary significantly among economic sectors and firms in different segments.

The MPC would monitor developments in economic growth, inflation, and financial stability, together with associated risks, including external risks, the impacts of the Covid-19 pandemic, and the effectiveness of the fiscal, financial, and credit measures, in deliberating monetary policy going forward. Additional appropriate monetary policy tools would be used if necessary, it said.