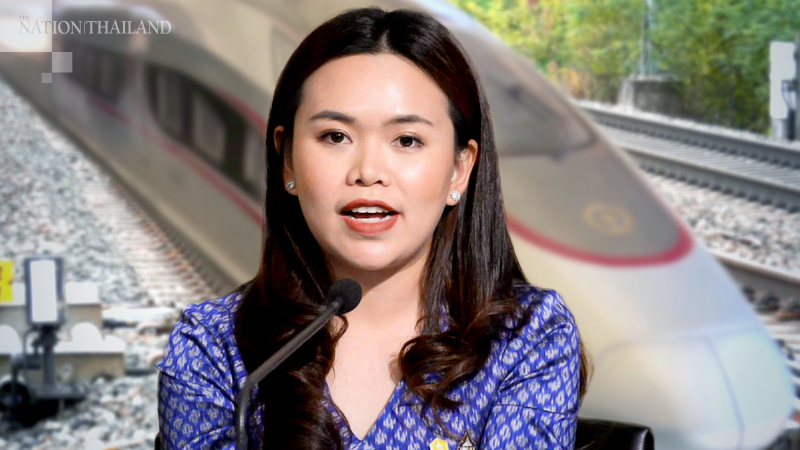 The Cabinet agreed to increase the budget for the Bangkok-Nong Khai high-speed rail line, Phase 1, by another 12 billion.

The Cabinet also approved the setting up of a subsidiary to manage State Railway of Thailand (SRT)'s assets. The company is expected to earn more than Bt600 billion in 30 years, clearing all debts and making a profit.

The Cabinet agreed to revise the credit limit and draft an employment agreement and contract for rail, electrical and mechanical systems including purchase of trains and organising training of personnel, a complete version of the cooperation project between Thailand and China in developing a high-speed rail system to connect regions Bangkok - Nong Khai (Phase 1 Bangkok - Nakhon Ratchasima), deputy government spokeswoman Traisuree Taisaranakul said.

1. Relocation of high-speed rail system works overlaid within the scope of construction works for Bt7.03 billion, which is the procurement of machinery and equipment for infrastructure maintenance, EMU facility, track welding and long track storage base.

2. Changing the EMU vehicle model from CRG2G (Hexie Hao) to CR Series (Fuxing Hao), a new model with better technology and performance, which increases the cost by Bt2.53 billion.

3. Modification from a ballast track to a ballastless track in the section between Bang Sue Station and Don Mueang Station, Ayutthaya station, Saraburi station, Pak Chong station, Nakhon Ratchasima station and inside the tunnel for easy maintenance and reducing future maintenance costs. It also maintains the image and scenery as well as tackkes pollution caused by road maintenance. The cost of changing the road structure will amount to Bt2.22 billion

4. Other expenses such as guarantee fee from defect from 1 to 2 years according to the regulations, operating fees and other expenses totalling Bt284.39 million.

The Cabinet also approved the setting up of a subsidiary company -- Railway Asset Development Co Ltd -- of the SRT to manage its assets, with a registered capital of Bt200 million, with approval for SRT to borrow Bt200 million as capital as well. The SRT will take responsibility for repaying the loan principal, interest and expenses, and the Ministry of Finance will be the loan guarantor, including considering the appropriate borrowing methods, conditions and details.