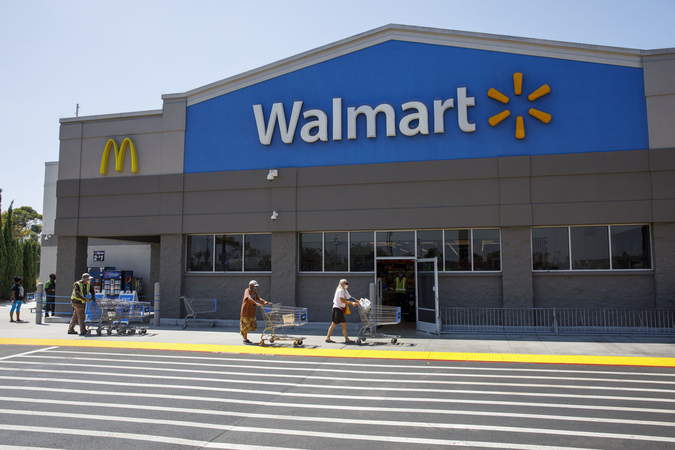 The plans will give seniors access to new Walmart Health centers that the retail giant is testing in stores outside Atlanta. Those clinics and other providers in the plan will use Clover's technology to track patients' health and improve care, the companies said Thursday.

Walmart's health-care strategy has been closely watched, and the retail giant is seen as a potential threat to established providers and insurers. The Georgia offering will make Walmart a player in the Medicare Advantage program, a lucrative market dominated by UnitedHealth Group Inc., Humana Inc., CVS Health Corp.'s Aetna unit, and BlueCross BlueShield branded plans, some of which are also expanding their offerings.

More than a third of Medicare beneficiaries opt to get their benefits through private Advantage plans that collect fees from the government in exchange for managing members' care. The plans often combine traditional Medicare benefits with other services such as vision and dental care, gym memberships, and prescription drug coverage.

Seniors often choose Advantage plans over traditional Medicare to get those benefits, though they may have to agree to use a limited network of doctors and hospitals. Clover's new plans with Walmart will use a preferred-provider organization network, though Clover said members won't face additional fees for going out-of-network.

One of the two plans won't charge monthly premiums, and both will offer free primary care, the companies said. Members will get $400-a-year benefit for over-the-counter health expenses that can be spent in Walmart stores or on its website, similar to a perk the retailer offered Anthem Medicare subscribers through a deal two years ago. Clover will underwrite the insurance plans, branded "LiveHealthy: Clover Powered, Walmart Enhanced."

Other companies are expanding as well. Cigna Corp. plans to sell Medicare Advantage plans in five new states, and UnitedHealth said its expansion in 2021 in almost 300 counties would be its largest in five years. Humana plans to launch dozens of new plans across hundreds of counties, the company said. Aetna is adding 115 new counties, and Anthem is expanding into more than 80.

Clover said its product with Walmart will be distinguished by low costs and convenience. "Our vision is, we deliver care wherever our members want to get care," said Andrew Toy, Clover's president and chief technology officer. A Walmart spokeswoman said company officials weren't available for interviews. In addition to Walmart's health clinics, the network will include 31 hospitals and 8,000 providers in the region, which covers eight Georgia counties mostly outside Atlanta.

Walmart began opening health clinics in Georgia stores in 2019 and now has six locations there and one in Arkansas, according to the company's website. Cash prices are posted in price sheets online and in waiting rooms: $40 for basic office visit and $20 to test for strep throat, for example. The clinics offer primary care, vision, dental care, lab tests and mental health visits.

Walmart will continue expanding its health centers, with seven more Georgia locations planned in the months ahead and additional centers coming in the Chicago area and some cities in Florida, according to a company blog post Sept. 17.

"The demand definitely tells us that Americans are looking for access to quality care, and we think Walmart - its footprint - should be a part of that," Walmart U.S. Chief Executive Officer John Furner said in an investor conference this month.

Other moves by Walmart into the sector include a collaboration with Oak Street Health, a Medicare-focused primary care company, to open clinics at three supercenters in the Dallas-Fort Worth area, according to a press release this month. The retailer recently formed an insurance agency to enroll customers in Medicare health plans, the Arkansas Democrat-Gazette reported in July, citing job ads and corporate filings. The company also sells monthly supplies of low-cost generic prescription drugs for $4.

Founded in 2014, Clover is among a handful of new entrants like Devoted Health and Oscar that are trying to use technology to improve health care. Backed by almost $1 billion from investors including GV, the venture capital arm of Alphabet Inc., the company has about 57,000 members in seven states and plans to triple the number of counties where it offers plans next year.

Clover's software for medical professionals, known as Clover Assistant, will be deployed in the Walmart clinics and to other providers in the network. The program analyzes data from patient records, labs, socioeconomic data, and other sources to prompt clinicians to recommend actions like screening tests and adhere to evidence-based treatment guidelines, Toy said.