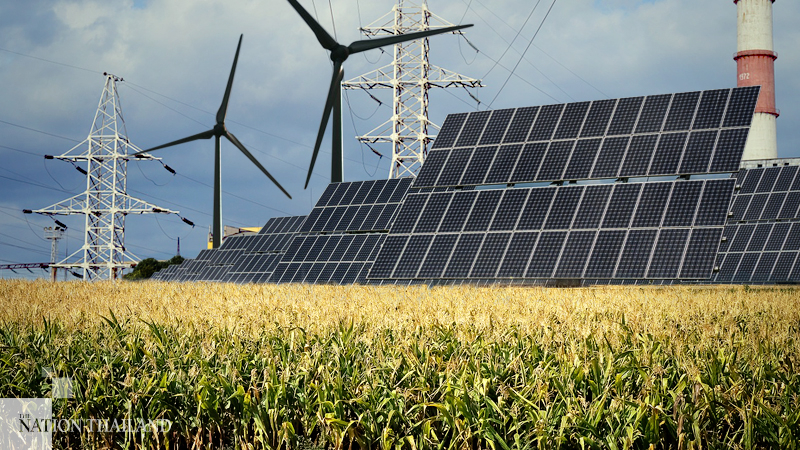 Flaws in the latest version of the Energy Ministry’s community power plant scheme must be ironed out before it is sent to Cabinet at the end of this year, say stakeholders.

New conditions for the much-delayed project were announced on October 9 after a two-week review. The scheme is meant to boost the grassroots economy that has been hit hard by Covid-19.

However, private sector sources voiced concern at the new plan to select operators via bidding for the rights to sell electricity at a feed-in tariff (FiT) of Bt3-5.3 per unit.

Renewable-energy sector sources are worried that the current FiT rate may affect the cost of electricity.

Companies have also urged the ministry to reconsider other dimensions of the scheme, including its environmental and economic impact, if it truly wants to drive the grassroots economy by generating income for communities.

The project’s targeted total capacity of 150 megawatts aims to generate at least Bt10 billion per year for local communities through the purchase of farmers’ energy crops.

But bid-winners will have to invest an estimated Bt100-120 million per megawatt to construct the biomass power plants.

“Most private companies will not bid for the scheme since they are worried about a repeat of the [Energy Ministry’s] 300MW small power plant hybrid project that dumped the average purchase price to Bt2.44 per unit," said one private sector source. This had resulted in power-plant projects being delayed or aborted.

The source preferred a previous proposal to select project operators via a lottery method, after screening them to verify they were genuine farmers and power plant operators with agricultural land, to ensure the power plants would actually be built.

The lottery should be promoted as a competition to create benefits for the community, rather than focusing on the selling price. Meanwhile the same company should not be entitled to operate more than 3-5 power plants, in order to diversify investment of entrepreneurs and better distribute money into the economy.

On the ownership of power plants, the source said community enterprises should hold a 10 per cent stake to ensure community participation in operating the plants and in cultivation of energy crops. Under the current plan, the community does not need to hold any stake in the projects.

Plant operators have to engage in contracts with farmers but no longer require the participation of 200-household community enterprises. As such, the current plan does not clarify how the community will receive its aimed-for 10 per cent share of revenue from the scheme, said the source.