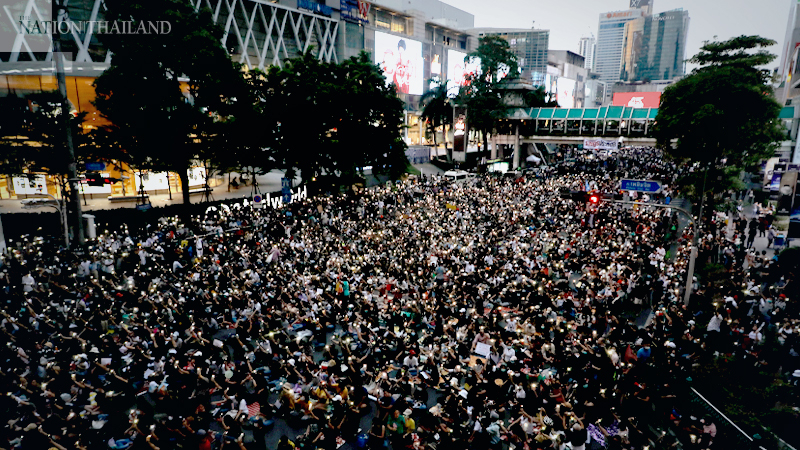 The government’s lifting of the state of emergency in Bangkok would ensure positive sentiment for economic recovery from the Covid-19 fallout, Anusorn Tamajai, a lecturer in economics at Rangsit University, said on Sunday.

The government imposed a severe state of emergency in Bangkok on October 15, aimed at cracking down on pro-democracy protesters who are demanding the resignation of PM Prayut Chan-o-cha, want a new Constitution and reform of the monarchy.

But Prayut had to lift the state of emergency on October 22 after the government came under heavy pressure from local civic groups and the international community.

Anusorn said that lifting the state of emergency would boost consumer confidence to some extent and he forecast that the government's stimulus packages would inject about Bt81 billion into the economy during the rest of the year. The cash handouts for state welfare card holders worth about Bt 21 billion would boost consumption, and tax deductions of up to Bt30,000 for each shopper would increase household consumption, he said.

He, however, played down the effectiveness of the domestic tourism package, as it has not drawn as many people as expected. He was cautious about the recovery of tourism as the government has started to open for a small number of foreign tourists. There is still uncertainty whether the government can contain the virus outbreak and create confidence among local people that foreign tourists will not spread the coronavirus again.

Anusorn predicted the economy would shrink by 8 per cent this year, but it could contract more than 8 per cent if the political tensions erupted in violence.

Apart from the parliamentary extraordinary session on Monday and Tuesday for dealing with the current crisis, Anusorn proposed additional talks between protesters, the government and other parties.

Protesters gathered at the Ratchaprasong intersection on Sunday ahead of Monday's planned march to the Embassy of Germany in Bangkok.

Protesters had issued an ultimatum to PM Prayut to resign before October 24. As Prayut had ignored their demand, the protesters vowed to continue staging protests in Bangkok and other provinces.

At the Ratchaprasong shopping district, protesters shouted: "Prayut get out..Prayut get out". They also repeated HM the King's words: "very brave, very good, thank you".

The King, on Friday, while greeting royalists who had gathered to commemorate Chulalongkorn Day, praised a man who had held up a portrait of the late King Rama IX during the pro-democracy protests against the establishment in front of Patapinklao shopping mall. The King’s words: "Very brave, very brave, very good, thank you", have sparked a heated debate on social media since Friday. The #23OctEyesOpened hashtag was trending on Twitter, a short statement implying that the King was taking sides with the supporters of the monarchy, abandoning neutrality in politics in line with the constitutional provision. Royalists, however, argued that the incident was not about politics.