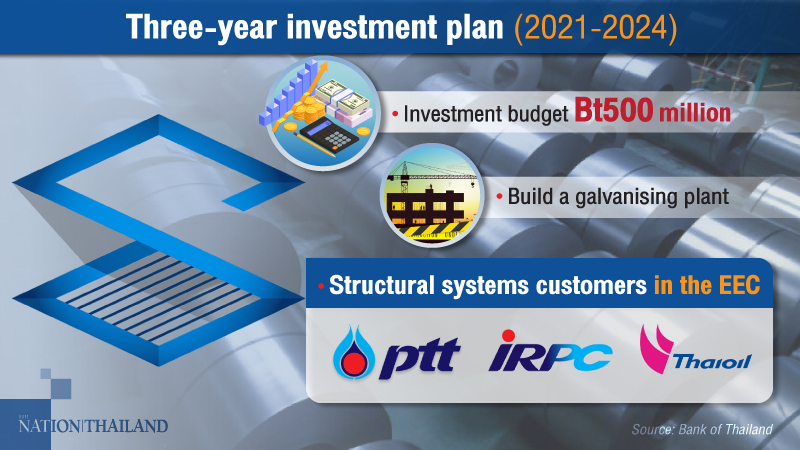 Lertpong Sriwongthong, managing director of DR Industrial, said the EEC has had a positive impact on his company’s operations as its main products are used in power equipment and electrical systems in buildings and large projects.

He said in large projects, materials meeting high safety standards are used, and usually one brand is used for most of the production. Lertpong said this adds to the strength of his company, which has been in business for more than 30 years and has been producing more than 3,000 products.

Thanks to this strength, the Covid-19 outbreak has had a minimal impact on the company, despite a decline in real-estate and large-scale construction projects. By yearend, the company expects to achieve Bt200 million in sales revenue, which is lower than the Bt270 million earned last year.

However, he said, once the Covid-19 situation is resolved in 2021, the company expects to generate Bt450 million in revenue.

DR Industrial is also planning to spend more than Bt500 million to build a galvanising factory by 2024. He said the company is having to rely on other factories to galvanise products, which is causing problems with standard control and production timelines. However, with the new factory, the company will have full control of its production, will reduce costs by 10 to 20 per cent and will also be able to expand its production capacity. The additional cast-iron furnace will also help the company boost its production from 150 tonnes per month to 500 tonnes.

He said the first step will be make existing machines more efficient, so the production capacity can rise to 300 tonnes in order to meet rising demands thanks to new infrastructure projects in Bangkok and other provinces, including the EEC, as well as demands from neighbouring countries.