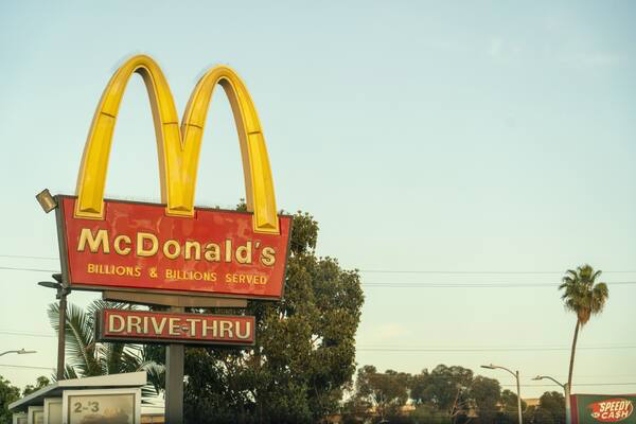 Signage is displayed at a McDonald's restaurant in Lynwood, Calif., on April 27, 2020. MUST CREDIT: Bloomberg photo by Kyle Grillot.

McDonald's was accused of discrimination by the Black franchise operators of four of its restaurants in Tennessee, escalating a legal fight after a group of Black former franchisees claimed in a lawsuit that the company set them up to fail in crime-ridden areas.

The complaint was filed Thursday in Chicago federal court as a class action by the same law firm that brought the previous case two months ago. It follows other cases alleging that the fast-food chain gives preferential treatment to Whites among the ranks of its executives and workers.

McDonald's said it's reviewing the complaint filed Thursday and that it has an "obvious interest in franchisees maintaining successful and profitable restaurants." The company has denied the allegations in the earlier suit that the franchisees were unable to succeed and is asking a judge to dismiss it.

Addressing the two brothers who filed Thursday's complaint, McDonald's USA said in a statement that the company has "invested significantly in each of their respective businesses after they ran into business difficulties caused by mismanagement of their organizations."

One thrust of the complaints is that Black owners are steered toward owning restaurants in Black neighborhoods, which brings higher overhead costs for security, insurance and employee turnover. James Ferraro, a lawyer for the franchisees, said McDonald's is trying to improve its image with owners and has offered rent reductions and other perks to current Black owners since the Sept. 1 lawsuit filed by 52 former franchisees.

Like the plaintiffs in that case, brothers James Byrd and Darrell Byrd in Thursday's case are seeking as much as $5 million per store they operate to compensate for their losses. Ferraro said there are currently 186 Black franchisees across the U.S. and that they will be able to join the case or opt out of it according to ground rules set by the court. Ferraro had no immediate comment on the company's allegation that the Byrd brothers mismanaged their businesses.

McDonald's said in July that it would step up efforts to fight systemic racism by addressing any hiring biases, increasing the diversity of its leadership and doing more to attract diverse franchisees.