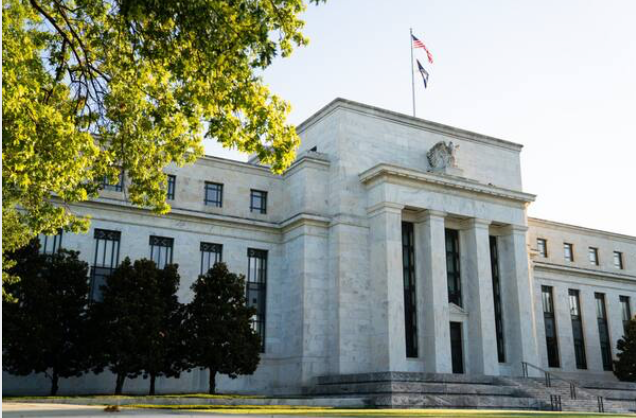 Many of the best-performing investment ideas in 2020 hinged on what the Federal Reserve was doing to fight the economic fallout from the coronavirus.

As 2021 approaches, a new theme is emerging: Finding ways to profit from -- or at least survive -- the eventual unintended consequences of the central bank's unprecedented monetary accommodation and heavy hand in debt markets.

Near zero rates for potentially a decade raise the specter of financial stability risks. Fund managers are once again predicting asset bubbles and stock "melt-ups," a debased U.S. dollar and a destabilizing acceleration in inflation, reigniting a debate about the dark side of easy monetary policy that raged after the 2008 crisis. There is already evidence that some of the risks are materializing with investors now questioning the classic 60/40 asset allocation strategy amid concerns that holders of long-term Treasurys could be in store for major pain.

"The Fed is both the arsonist and fireman," said James Athey, fund manager at Aberdeen Standard Investments, which oversees more than $500 billion. "It's fixing the prices of the assets that would normally be used to express concern in the informed-investor community about what the Fed is doing."

Athey has become a bit of a gold bug, buying the precious metal for his personal account to hedge the inflation he sees coming from bubbles in housing and other asset prices. It's a popular insurance strategy but, less conventionally at Aberdeen, he's avoiding or outright shorting long-term Treasurys. He's not alone. Hedge fund Penso Advisors says it's lost faith in bonds to buffer a stock "melt up" that it and peers like LongTail Alpha see coming.

The Fed is "creating massive financial instability problems for the future," Athey said.

Sure, debt investors have a proclivity to focus on the downside; after all, if a company or nation defaults, it's their IOU that's not getting repaid. But as ultra-low rates and a breakdown in the relationship between stocks and bonds imperil 60/40 portfolios -- a strategy that's returned 7% this year -- asset managers are scoping out alternative, riskier hedges and looking for yield.

Like many roads to trouble, the Fed's actions were paved with good intentions since America's economy and markets needed a major policy jolt this year to overcome the shock of the pandemic.

The Fed slashed rates, launched nine emergency loan programs and has bought about $2 trillion in Treasurys since March. Together, these actions largely succeeded in stabilizing volatile markets and sustaining industries hammered by the pandemic. But the central bank also switched to a new average inflation targeting framework, likely pushing back the timing of an eventual increase in its benchmark rate and signaling the economy would be allowed to run hot.

As is the case with many actions the Fed takes, some backlash was inevitable and could ultimately prove unwarranted; rampant inflation failed to materialize after the 2008 crisis despite dire warnings. Still, BlackRock Inc.'s investment institute warned this month that global central banks' massive stimulus actions have a "lack of proper guardrails" and the Fed's footprint in markets this year has been undeniably huge.

Take a look at 30-year Treasurys. Yields are hovering at about 1.6%, roughly half the 2019 high, while the breakeven rate for the same maturity -- a gauge of expected consumer price increases measured by the gap between inflation-linked and nominal yields -- is near its highest since May 2019, and leveraged investors are plowing into the biggest bet ever on losses in Treasury bond futures. Meanwhile, the S&P 500 Index is up more than 50% from its trough in March, with tech stocks the key driver to gains. Greenlight Capital's David Einhorn said in a letter to investors this week that technology stocks are in an "enormous" bubble.

A surge in virus cases and Washington policy makers' inability to enact new stimulus until after the Nov. 3 presidential election has recently taken some froth out of risky assets and pushed yields lower. But many investors expect more fiscal spending to come, especially if Joe Biden is elected president and Democrats control both chambers of Congress.

Vineer Bhansali, founder of Newport Beach, California-based LongTail Alpha, expects a stock "melt up" will be part of the fallout since he believes the Fed will do more to buttress risk assets. The specialist in quantitative strategies, who delivered a return of more than 900% in March thanks to a savvy options play, is betting on a downward spiral in the dollar using long-term options, which are cheap and have more profit potential.

The Bloomberg Dollar Spot Index fell 5.6% in the past two quarters and is off about 10% since its high for the year on March 23.

"There's been a regime shift in the Fed's thinking, and they are saying financial stability concerns can come later," said Bhansali. "The big move is going to come in the currency market, with the dollar weakening. That's a way to devalue our debt that we owe everybody," he said, citing what he views as an unwritten "pact" between the Fed and U.S. Treasury to tamp down the costs of financing massive deficits.

Ari Bergmann, founder of the $1.1 billion hedge fund Penso Advisors, also sees a stock "melt up," and says bonds can't be used to buffer losses anymore. The fund is hedging by tapping "convexity" -- what he describes as trades that don't cost much but have a lot of upside -- in currencies and commodities and within equities themselves.

"This thing is musical chairs," Bergmann said. "It's a bubble that will be burst because there is no free lunch. If you look at the size of the Fed and other central banks' balance sheets, somebody has to pay. And just look at the U.S. deficit, the world deficit."

It's simple math to see how big losses will be in the event yields turn significantly higher. The Bloomberg Barclays U.S. Treasury Index's modified duration, which measures the percentage decline in bond prices with each percentage point yield rise, is about 7.2. That would translate into losses of about $655 billion for each one point yield jump, given the value of debt in the index is $9.1 trillion.

Of course, Jerome Powell and his colleagues at the Fed have made it clear they are watching out for unintended consequences. Richmond Fed President Thomas Barkin said this month that the emergence of financial-stability risks or overshoots in the Fed's 2% inflation target would both be reasons for the central bank to raise rates. And inflation prognosticators have a mixed track record at best.

However, the toll of ultra-low rates has played out before. While lax lending standards and questionable financial practices had key roles in the housing bubble that sparked the 2008 crisis, the Fed's reversal of persistently low rates also served as kindling for the painful downturn. Boston Fed's Eric Rosengren said in a speech just this month that the build up of leverage and risk that followed the rate cuts from that crisis has made the current slump worse.

"The success of the Fed will be it's own demise," said Bergmann who's been working in financial markets since the mid 1980s. "In the end, the story will be sad - with the only way to win being to make enough money on the way to getting there and having a clever hedging strategy."