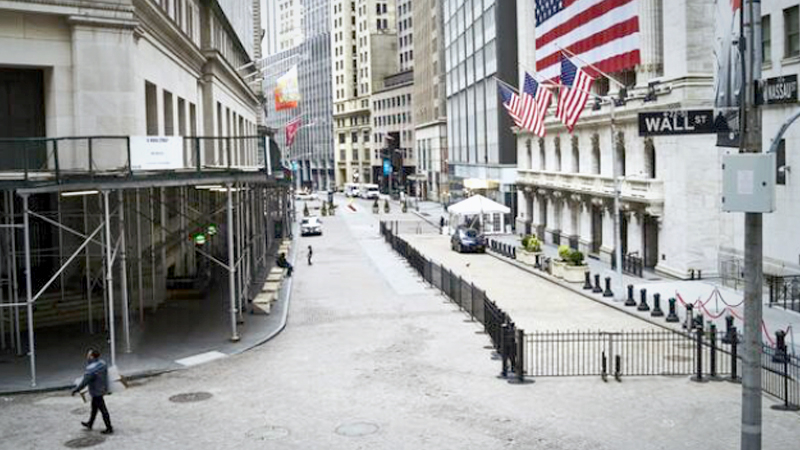 WASHINGTON - President-elect Joe Biden on Tuesday tapped a number of fierce advocates for Wall Street regulation to his agency review teams, a sign that he could be quickly preparing to take stock of the deregulatory push President Donald Trump has led for almost four years.

Many of these new advisers, who are expected to serve in their roles during the transition in November, December, and January, are veterans of the Obama administration or have played vocal roles in the past pushing for much tougher oversight of Wall Street as well as stricter consumer protection rules.

They include Michael Barr, who was a senior Treasury Department official during the Obama administration during the passage of the Dodd-Frank regulation law in 2010, and Leandra English, who Trump ousted from the Consumer Financial Protection Bureau during a messy power struggle several years ago.

The list of 500 experts are a crop of academics, economists, former Obama administration officials, and the sheer volume of names makes it difficult to determine how much sway any particular person might have. The list is broken into subgroups, as some of the advisers will look at the government operations from the Federal Reserve, Consumer Financial Protection Bureau, Treasury Department, Commerce Department and the Council of Economic Advisers, as well as a host of other government agencies.

Agency review teams come in during the transition and look at agency operations. They can prepare reports for the incoming administration on issues that are facing each agency, such as new regulations, staffing problems, or industry trends that are likely to need to be addressed. Some review teams come in and meet with existing agency officials for interviews. Others are less intrusive.

These teams are often not the groups who pick nominees for cabinet secretaries, though. That process is typically done by other officials on the transition.

Leading the team conducting a review of the Federal Reserve and other banking regulators is Gary Gensler, who headed the Commodity Futures Trading Commission from 2009 to 2014. In the Obama administration, Gensler advocated for strict regulation of derivates, a type of financial product that was central to the 2008 financial crisis. Gensler currently teachers at the MIT Sloan School of Management focusing on digital currencies, financial technology and public policy.

Gensler's team includes Lisa Cook, an economics professor at Michigan State University focusing on economic growth, innovation and development. Cook served as a senior economist at the President's Council of Economic Advisers in 2011 and 2012. Also advising the transition on the federal banking regulators is Mehrsa Baradaran, a professor at the University of California School of Law, who specializes in banking law, financial inclusion and the racial wealth gap.

Alongside Cook and Baradaran is Damon Silvers, policy director and special counsel to the AFL-CIO. Silvers is a longtime labor leader who was deputy chair of the Congressional Oversight Panel for the Troubled Asset Relief Program, a Treasury initiative to stabilize the country's financial system during the Great Recession. Another team memebeer, Simon Johnson, currently at MIT, co-authored "13 Bankers," one of the most widely-read books on the 2008-2009 financial crisis that called for breaking up the big banks and imposing restrictions on how large banks could grow.

The team reviewing operations at the Consumer Financial Protection Bureau, a major priority for progressive groups hoping to see aggressive action to rein in banks and corporations, is led by English, the former deputy CFPB director and most recently an adviser at New York's Department of Financial Services.

English sued the Trump administration in 2017 to stop Trump from installing his pick as head of the agency, saying that she was the rightful acting director. Trump's pick, Mick Mulvaney, had earlier called the agency a "joke" and advocated for it to be dissolved. After a more than six-month legal battle, English dropped the lawsuit and resigned from the agency.

Her presence on the Biden review team means the group will benefit from someone with close knowledge of the CFPB and its inner workings, since she was part of the team that helped build the agency during the Obama administration. Other former CFPB officials who are serving on the transition team are Ashwin Vasan, Brian Shearer, David Mayorga, and Diane Thompson.

Other members of the Biden review team include Manny Alvarez, commissioner of the California Department of Business Oversight, whose name has been mentioned among observers as a possible pick to eventually lead the CFPB in the Biden administration. Another member, Bill Bynum, has spent his career focusing on financial inclusion for the disenfranchised, especially in the South. Another member, Josh Nassar, of the United Automobile, Aerospace and Agricultural Implement Workers of America, has argued against financial deregulation in the Trump era.

All of the CFPB transition team members are serving in a volunteer capacity, meaning they are not being paid by the Biden transition.

The economy is recovering faster than expected, but the overwhelming uncertainty from the coronavirus pandemic has experts wary that those gains can be sustained. Come January, the Biden administration is expected to prioritize another massive stimulus package. Biden also campaigned on tax increases for businesses and some of the wealthiest Americans.

Much of Biden's economic agenda will be implemented by his pick for Treasury Secretary. A leading candidate is Federal Reserve Governor Lael Brainard, who served as Treasury's top financial diplomat in the Obama administration. At the Fed, Brainard has consistently pushed back against loosening rules on the banking system put in place after the Great Recession, a position echoed by many of the experts sought out by the Biden transition team.