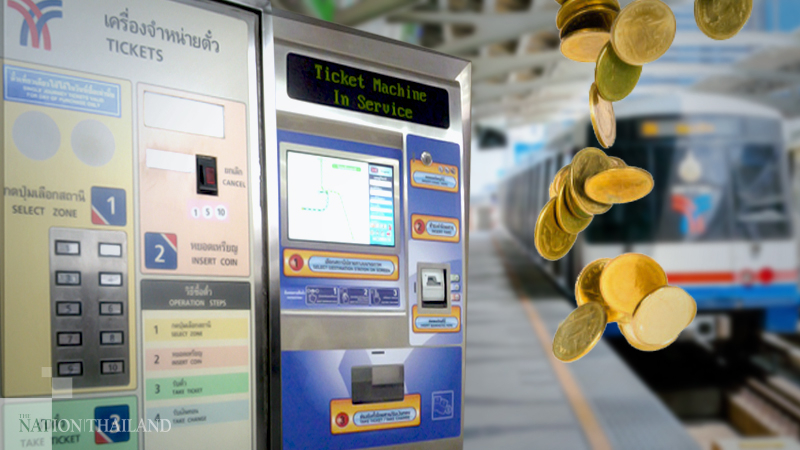 Democrat Party deputy leader Samart Ratchapolsitte said on Friday that the Transport Ministry is opposed to a move to extend the Bangkok Mass Transit System Plc (BTS)’s contract to run the Green Line because the fare is too expensive.

BTS has warned it will halt the Green Line extension service unless the Bangkok Metropolitan Administration (BMA) pays the Bt8 billion owed for operating costs.

The Interior Ministry on Tuesday proposed extending BTS’s current contract to run the Green line for another 30 years, until 2059.

Posting on Facebook, Samart said that to earn the contract extension, BTS would have to comply with three BMA conditions:

1. The maximum fare must not exceed Bt65, down from the previous maximum of Bt158.

2. BTS must bear the BMA's debt of over Bt70 billion for the Green Line extension from Mo Chit to Khu Khot and Bearing to Samut Prakan.

He added that the Green Line fare would be higher than the MRT Blue Line’s Bt42 maximum for two reasons.

First, the Green Line was mostly paid for by the BTS itself, while the Blue Line was paid for by the Mass Rapid Transit Authority of Thailand (MRTA), which then hired the Bangkok Expressway and Metro Plc (BEM) as operator.

"Also, the BTS gains a return on its investment of 9.6 per cent, lower than BEM’s 9.75 per cent because the government’s joint investment with BTS was lower than with the BEM," he said.

He added that it would be good news for commuters if the government could cut the fares for electric trains.