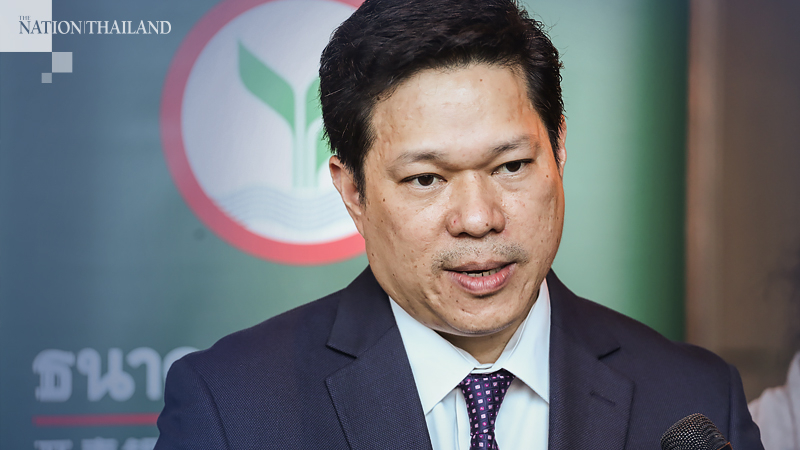 Kobsidthi Silpachai, Kasikornbank’s head of capital markets research, says monetary policy will not be effective in curbing the baht’s rise.

Analysts are sceptical about the central bank’s latest measures to curb the rising baht, despite praise for the move from business quarters.

The Bank of Thailand (BOT) on Friday announced measures to encourage capital outflow in order to restrain rapid appreciation of the baht.

However, foreign funds continued to flow into the Thai stock exchange on Friday, with foreign investors making net buys of Bt2.38 billion.

“It seems that the market is not reacting, the measures seem to be more of the same old thing,” Kobsidthi Silpachai, head of capital markets research at Kasikornbank, told The Nation.

Though the central bank was encouraging capital outflows, it had not imposed “scary” measures like Tobin tax [on currency conversions], he said.

Thus he was pessimistic the measures would slow down the baht’s rise.

“The fundamentals have not changed: our current account will remain in surplus,” he said.

While the new measures may address the “symptoms”, they would not cure the underlying cause of the strong baht – an imbalanced economy, he argued.

After years of relying on monetary measures, it was time to try fiscal measures like tax reform, he added.

He was also sceptical of the BOT’s recent move to loosen restrictions on foreign currency deposit accounts. Focusing on foreign capital flows might not be effective, as exporters need to convert their US dollar revenue to baht for working capital, he said.

The measure risked upsetting long-term inflation management by spurring outflow of capital and indirectly discouraging investment in Thailand, which would dampen future economic activity and inflation, he warned.

He suggested that if authorities really want the baht to weaken, they need to rebalance the economy. This is where tax reforms comes in, because high taxes, high household debt and a strong baht are all related.

“Excise tax on imported goods is high, suppressing imports and forcing the current account surplus even higher, which leads to a strong baht,” he said.

US President Donald Trump has proven that cutting taxes actually boosts tax revenue, because the tax base increases, Kobsidthi added.

Naris Sathapholdecha, executive director at TMB Analytics, shares a similar view, saying that foreign investors were undeterred by the latest measures as they still bought short-term bonds worth US$700 million in Friday’s intra-day trading.

He suggested that to rein in the baht, the central bank should reduce its issuance of short-term bonds. The BOT could also raise costs for foreign investors investing in Thai stocks and bonds by stipulating they must buy insurance against baht exchange rate risk.

He predicted a slight short-term weakening of the baht due to two factors outside Thailand. First, while the more trade-friendly Joe Biden had wo the US presidential election, his Democrat Party had not won a majority in the Senate. Second, a Covid-19 vaccine may not be available as soon as expected. Therefore, investors may sell Thai assets.

The baht would stay at around Bt30.50 per dollar and is unlikely to strengthen beyond Bt30, Naris added.

“The action of the central bank will prevent a rapid rise beyond the Bt30/dollar level. Doing nothing would have seen the baht appreciate further, making Thai exports even less competitive,” he said.

The baht’s rise would also benefit Thai investors seeking to acquire businesses in Europe, where many companies are expected to go bankrupt amid the second wave of Covid-19. But foreign businesses could yield high returns when the pandemic eases.

He also predicted the baht would remain strong for the  foreseeable future since the Biden presidency will inject more money into US economy.