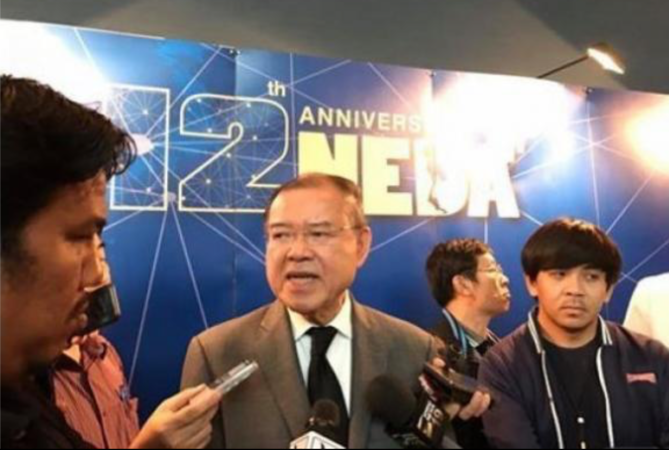 Former director general of the World Trade Organisation, Supachai Panitchpakdi, has urged the Thai government not to rush to open the country to foreign tourists amid the ongoing threat from Covid-19.

He pointed out that Western countries are loosening and re-imposing lockdowns in a cycle that is resulting in a large number of infections and deaths, as well as severely hurting economies.

He warned of the long-term impact of Thailand lifting its restrictions on foreign travellers.

“Thailand should gradually open the country, because human resources are the most important factor. It takes about 20 to 30 years for human development, and if those people die it will be very difficult to restore the lost human resources,” he said.

Saving lives is the best way to aid economic recovery post-Covid-19, said Supachai, who is also a former secretary-general of the UN Conference on Trade and Development (UNCTAD).

The government has opened the country to a limited number of foreign tourists, in a bid to help tourism recover from the devastating impact of the virus.

Supachai noted the economy is expected to contract 5 to 6 per cent this year, up from the previous forecast of 7-8 per cent contraction.

He expressed optimism that Thai economic growth and exports would return to positive territory next year. Faster recovery of China and Asean countries would benefit Thai exports, he predicted.

However, he warned exporters not to rely on a weaker baht. Baht appreciation could dampen exports, so exporters should reorganise their businesses to increase their competitive advantage, he suggested.

Meanwhile he urged the central bank to raise the interest rate since its low level of 0.5 per cent was hitting savers’ income.

Rising household debt was also a worry, he said. Thais are getting into debt at a younger age, in contrast to people in other countries who don’t get indebted until much older, he added.