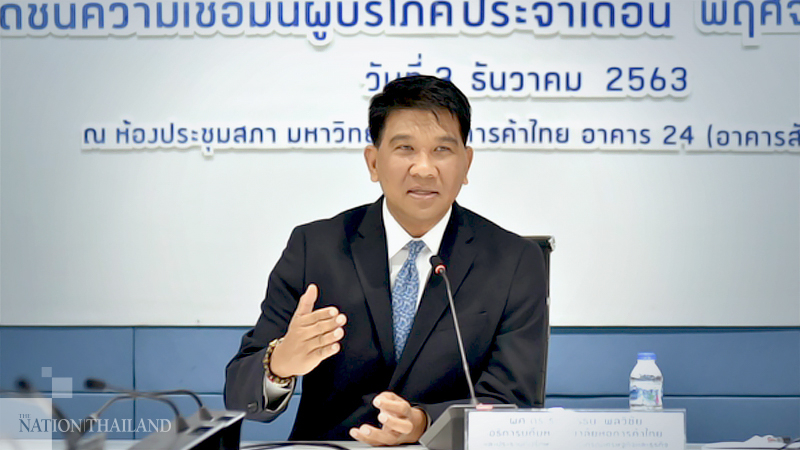 The Consumer Confidence Index in November rose for two straight months to 52.4 thanks to the government's continued launch of stimulus packages to revive the subdued economy, a survey conducted by the Centre for Economic and Business Forecasting of the University of the Thai Chamber of Commerce (UTCC) showed.

UTCC president Thanavat Phonvichai said on Thursday that this is the highest figure in the past nine months since March. The centre surveyed 2,241 samples.

He added that the rise in the consumer confidence index indicated that the government’s stimulus measures are indeed helping to push up the economy.

The government's plan to repeat some stimulus packages and boost benefits in others is expected to inject Bt200 billion into the economy. This will result in an economic expansion of between 3 per cent and 4 per cent in the first quarter next year, Thanavat said.

The centre has forecast Thai economic growth of between 3.5 per cent and 4.5 per cent next year.