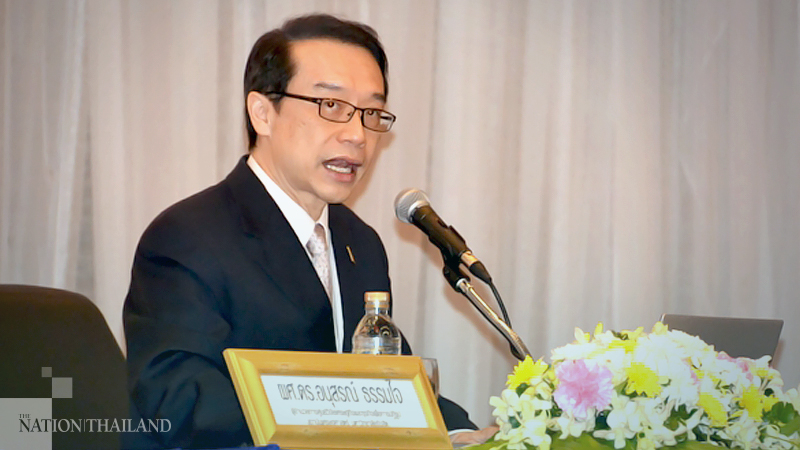 The government should increase expenditure in the next fiscal year to deal with the economic fallout post Covid-19, while investors should beware of a major correction in the stock market, an economist has said.

Anusorn Tamajai, former dean of the Faculty of Economics at Rangsit University, said that the Thai government should increase expenditure by 2 to 3 per cent for fiscal 2022.

The government plans to spend Bt3.1 trillion, down Bt185.9 billion or 5.66 per cent, from the current fiscal year. The 2022 fiscal year starts in October this year.
Instead of cutting spending, the government should hike spending by 2 or 3 per cent over the current fiscal year, he said.
The government should increase capital spending by Bt100 billion to Bt200 billion more, aimed at creating jobs, building an irrigation system and taking care of the environment, he suggested.
The government could raise more revenue via collection of online tax and land and building tax, he suggested.
More tax would lessen pressure of public debt, which is expected to exceed 60 per cent of GDP, a sustainable threshold.
While the government plans to borrow Bt700 billion to finance the budget deficit in the next fiscal year, Anusorn said that if the government spent on productive projects then they would generate income back into economy.
He was pessimistic of the latest government plan to offer people Bt3,500 cash handouts for two months, subsidising shopping of daily necessities, and discounting utility cost, saying they would not have an impact on economic growth. They might just reduce the cost of living for people affected by the new wave of the virus, he said.
The key concern of the government is how to drive exports, boost private investment and make the job market healthy, he said.
He also expressed concerns over the authorities taking legal actions against youth protesters who are demanding reform of the monarchy and scrapping of the lese majeste law. Police actions could escalate political conflict, which could dampen investor confidence and damage the economy, he warned.
It is unlikely that the Thai economy will grow 3.5 per cent next year with inflation rate of 1.2 per cent as forecast by Thai authorities, he said.
He added that US President-elect Joe Biden’s economic stimulus package worth US$1.9 trillion would boost the US economy to expand as much as 8 to 9 per cent this year. Many research houses project the package would add 0.7 to 2 percentage points to US growth rate projected earlier. The US labour market is expected to achieve full employment this year instead of waiting for three or four years. Easing of the virus outbreak would also boost the US economy, he said.
He warned that capital inflows into Asia and emerging markets in the past 18 months may flow back to the United States. Emerging markets, including Thailand’s stock market, may face  major correction, he warned. The Thai baht may also reverse  course from appreciation to depreciation, he predicted.