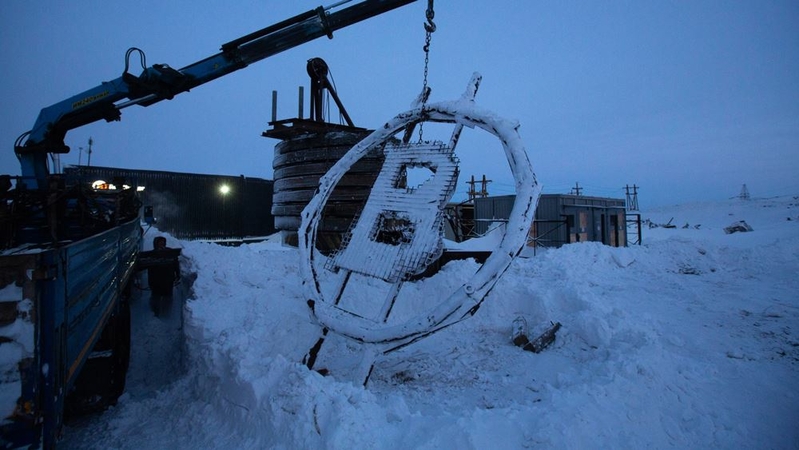 A crane arm lifts a bitcoin sculpture made from scrap metal in Norilsk, Russia, on Dec. 20, 2020. MUST CREDIT: Bloomberg photo by Andrey Rudakov.

The bitcoin fever is starting to break as worries about a market bubble discourages investors from buying in.

Prices for the largest cryptocurrency dipped as much as 8.4% on Wednesday and traded below $34,000. Ever since the market shot through all-time highs in early January, bitcoin has been beset by volatility and skepticism that the run-up has been excessive.

Analysts have pointed to $40,000 as the key level that bitcoin needs to surpass in order to draw fresh money from investors riding cryptocurrency momentum. They argue that recent gains could prove fleeting if the rally stalls and traders looking for quick returns shift their money elsewhere.

"Many cryptocurrency traders are diversifying into other coins in fear that bitcoin could see another collapse if $41,500 is not reached sometime soon," said Edward Moya, senior market analyst at Oanda Corp.

There are also fears from Wall Street pros that bitcoin's 400% rally in the past year makes it too dangerous for them to jump in. In Bank of America's monthly survey, fund managers called bitcoin the world's most crowded trade -- the first time it's held that title since 2017.